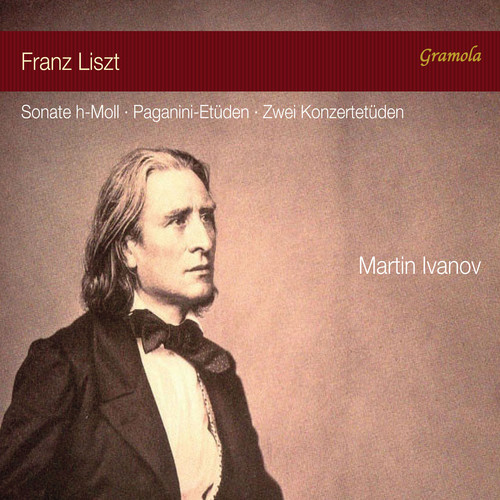 Following his two acclaimed recordings featuring works by Chopin and Schumann, Bulgarian-born Pianist Martin Ivanov now takes a chance in producing an album dedicated to Franz Liszt, presenting his presumably most prominent work for piano solo, the Sonata in B minor S 178. This monumental work, which formally consists of only one movement, ever since has provided some space for speculations on whether it carries any programmatic content; many find in those three different musical thematic strains a representation of the figures of the Faust legend Faust, Gretchen and Mephisto. As a matter of fact, Liszt did in this case not append or utter any such programmatic intent. Furthermore, this release features as a brilliant opener the Two Concert Etudes S 145 (Waldesrauschen and Gnomenreigen) and as a vigorous finish the Grandes Ă©tudes de Paganini, S 141.