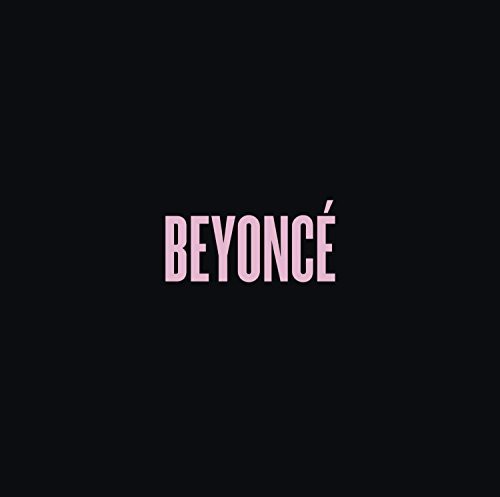 The first 346 days of Beyoncé's 2013 were eventful enough. She headlined the Super Bowl XLVII halftime show, joined by Destiny's Child partners Kelly Rowland and Michelle Williams. The trio released "Nuclear," an excellent song disregarded for not being an anthem. A documentary, Life Is But a Dream, aired on HBO. There were appearances on albums by Rowland, the-Dream, and husband Jay-Z, as well as a Soundcloud upload "Bow Down/I Been On," passionately debated for its aggression and vulgarity, and the more "ladylike" "Standing on the Sun," a clothing retailer tie-in. And then, on December 13, while engaged in a world tour and when no one expected it, she released her fifth solo studio album with accompanying videos. Easily her best album since B'day, it's among her most entertaining and sexually explicit work, yet it's substantive in every respect.

Beyoncé co-wrote and co-produced all of the songs with A-listers like Pharrell, Timbaland, James Fauntleroy, Hit-Boy, and the-Dream, as well as emerging Detroiters Detail and Key Wane and the previously unknown Boots. There are deep references to Beyoncé's competitive showbiz upbringing and acknowledgments of her beloved Houston hometown. "Mine" and "Blue" involve vivid expressions regarding the turbulence and thrill of motherhood. Central track "***Flawless" opens with Ed McMahon's introduction of her preteen group on Star Search, incorporates the combative "Bow Down" and a portion of celebrated Nigerian writer Chimamanda Ngozi Adichie's TED talk on feminism, as well as a booming, quotable-packed victory lap. It concludes with McMahon's dismissal of her group, as if to say, "Yeah, but look at me now." There's also a whole lot of romance, heartache, and, most prominently, monogamous sex -- in the kitchen, in a chauffeur-driven car, while drunk. Best of all is "Blow," playfully risqué boogie loaded with instantly memorable lines -- "I'm-a let you be the boss of me," for instance -- and a slick tempo changeup. Soul throwback ballad "Rocket" is a close second, another amusing mix of metaphorical and explicit come-ons. It opens with an elegantly delivered "Let me sit this ass on you." When the album came out, the release itself dominated the chatter. In time, it should be seen as a career highlight from a superstar -- one of the hardest-working people in the business, a new mother, in total control, at her creative and commercial peak.