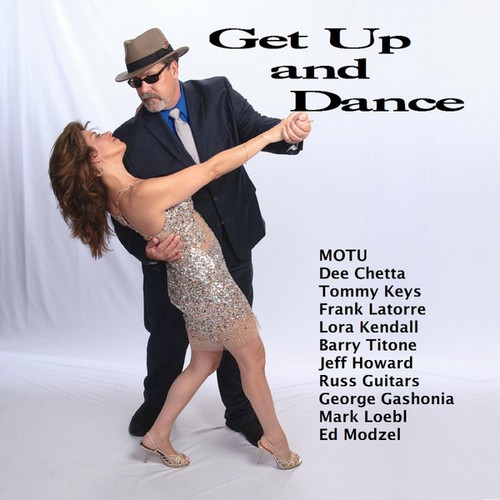 Get Up & Dance
Artist: Motu
Format: CD
New: Not in stock
Wish

MOTU - GET UP AND DANCE is a very special HD Video Blu-ray Disc & Audio CD; 2 Disc Set priced like a single CD! It features a live MOTU Big Band Blues Concert that was recorded in NY in 2013 featuring a group of accomplished, and well-known, musicians (some of whom have performed, or recorded, with Johnny Winter, Watermelon Slim, Bo Diddley, The Allman Brothers, Jimmie Vaughan, and others)! This is the 14th Official Release by the International Recording Artist, 2-Time BILLBOARD Music Award Winner, and Past IBC Memphis Semi-Finalist and it is sure to please the most critical die hard blues & rock music fan. Musicians performing on this new album are: MOTU (Dr. R.Michelson): Vocals, Guitars Dee Chetta: Vocals Frank Latorre: Harmonica, Vocals Tommy Keys: Keyboards Lora Kendall: Violin Mark Loebl: Bass Ed Modzel: Drums George Gashonia: Guitar Russ (Rogers) Guitars: Pedal Steel Guitar Jeff Howard: Sax Barry Titone: Sax MOTU's CDs have received RAVE reviews, and multiple awards. Here are some of MOTU's past published RAVE reviews: 'The constant toothy presence of MOTU's electric guitar is a tightrope walk across a pit of hungry gators in the tradition of blues greats like John Lee Hooker and Buddy Guy! ' -The Deli Magazine; Music Recipes from the Big Apple ---- 'It doesn't get any better than this! This is INDIE electric JAM-BAND music at it's best!' - The NYC Underground Muse Magazine. ---- 'Such passionate, and impressive, music says volumes about the talent possessed by MOTU.' -Neufutur Magazine ---- 'Dr Richard (motu) is a fabulous slide guitarist...the best part of an Oreo cookie...even without milk.' -GoodTimes Magazine ---- 'The new one from MOTU is chock full of rockin' good blues. Pop it in the CD player and crank it up! ' - Jerry Schaefer, host of Graveyard Blues on Long Island, NY's 103.9 WRCN FM. ---- 'This is a feel good and have a drink type of music. Thank you MOTU!' -Skope Magazine ---- 'This is the real deal: unfiltered, honest music that could easily resonate with anyone who's experienced a rough road. MOTU's tough, yet vulnerably aching sound is the stuff great American tales are made of' -Elmore Magazine ---- 'It's the magnitude of Michelson's grasp of Blues music...whether he is playing his smooth slide guitar or honkin' on his harp.' -Dig This Real Magazine ---- 'Interpretive, talented and visionary are all words that can be applied to the stringed fluency of Motu.... The Blues Lives!' - The Long Island Blues Society ---- 'Dr. Richard Michelson, a formidable blues guitarist and very raw singer... we are talking some serious blues.' - Jazz.COM ---- "A truly remarkable musician and selfless human being. MOTU writes songs about everything from the environment, to social injustice." - Independent Music and Media Magazine GET UP AND DANCE...... This rocking 11 pc MOTU All-Star Big Band live concert clearly shows that this 2-time Billboard Music Award Winner knows his roadhouse blues! A fan screams, "We Love You MOTU" at the beginning of "Sleepless in Chicago" which says it all!
This website uses cookies to personalize content and analyse traffic in order to offer you a better experience.
I accept Learn More
back to top