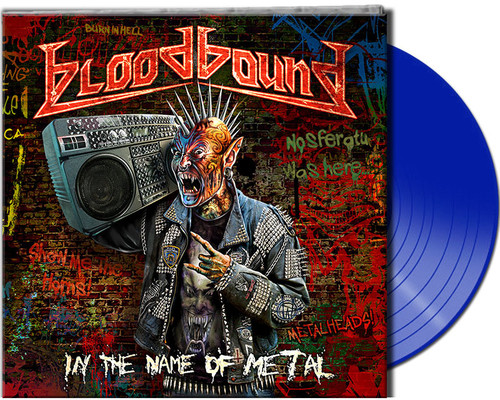 Limited blue vinyl LP pressing in gatefold sleeve. 2012 album from the Swedish power metal band. Spectators of the metal scene have witnessed the rise of Bloodbound to the top of the genre in recent years. Bloodbound formed in 2004. The band is the brainchild of former Street Talk members Fredrik Bergh and Tomas Olsson. Despite the band's apparent black metal image (the band members have worn make-up in the "corpse paint" style in the promotional photos on their albums and during some live shows), Bloodbound's music does not fit into the black metal category. Instead, it is more similar in style to power metal bands such as Helloween and Iron Maiden, although the lyrics sometimes approach darker subjects.
back to top