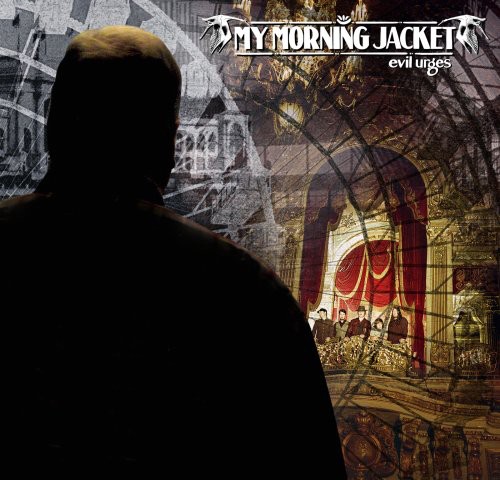 "There's a theme of moral confusion that runs through the whole record," says Jim James, frontman of My Morning Jacket, explaining the title of the band's new album, EVIL URGES. It's ambitious territory for the group's fifth full-length studio album, and it's matched by the most far-ranging, surprising and satisfying sound of their career.

''Evil Urges'' is the fifth studio album by My Morning Jacket. It was released by ATO Records on June 10, 2008. - Wikipedia

The alt-country/rock squad may be using their fifth LP to branch out from what Jim James calls "normal rock and roll songs," but don't take the title as an indication that they're going, like, death metal. No, what he's driving at is a more "accurate" interpretation of MMJ's intoxicating live sound, embellished by vocals other than his own for the first time. Look out for the two-part suite "Touch Me I'm Going to Scream."