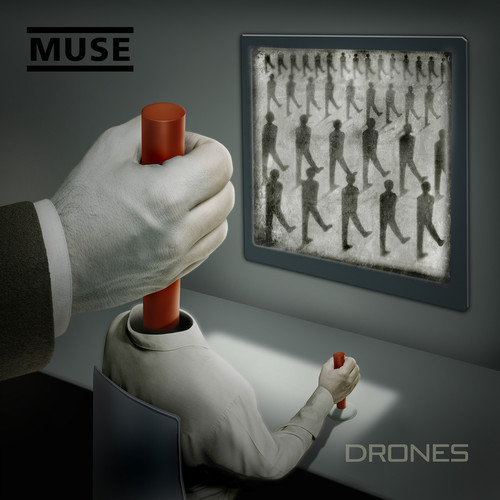 The new studio album from Muse, a 2-LP set featuring "Dead Inside," "Mercy," and "Psycho." Described by frontman Matt Bellamy via his Twitter feed as having been inspired by "Deep ecology, the empathy gap, and World War 3," Drones, the seventh studio album from the English alt-rockers, was preceded by the singles "Dead Inside" and "Psycho." Produced by the legendary Robert John "Mutt" Lange and featuring album art by American illustrator Matt Mahurin, the 12-track album is being billed as a return to the blistering, largely stripped-down sound of early albums like Origin of Symmetry and Black Holes and Revelations.
back to top