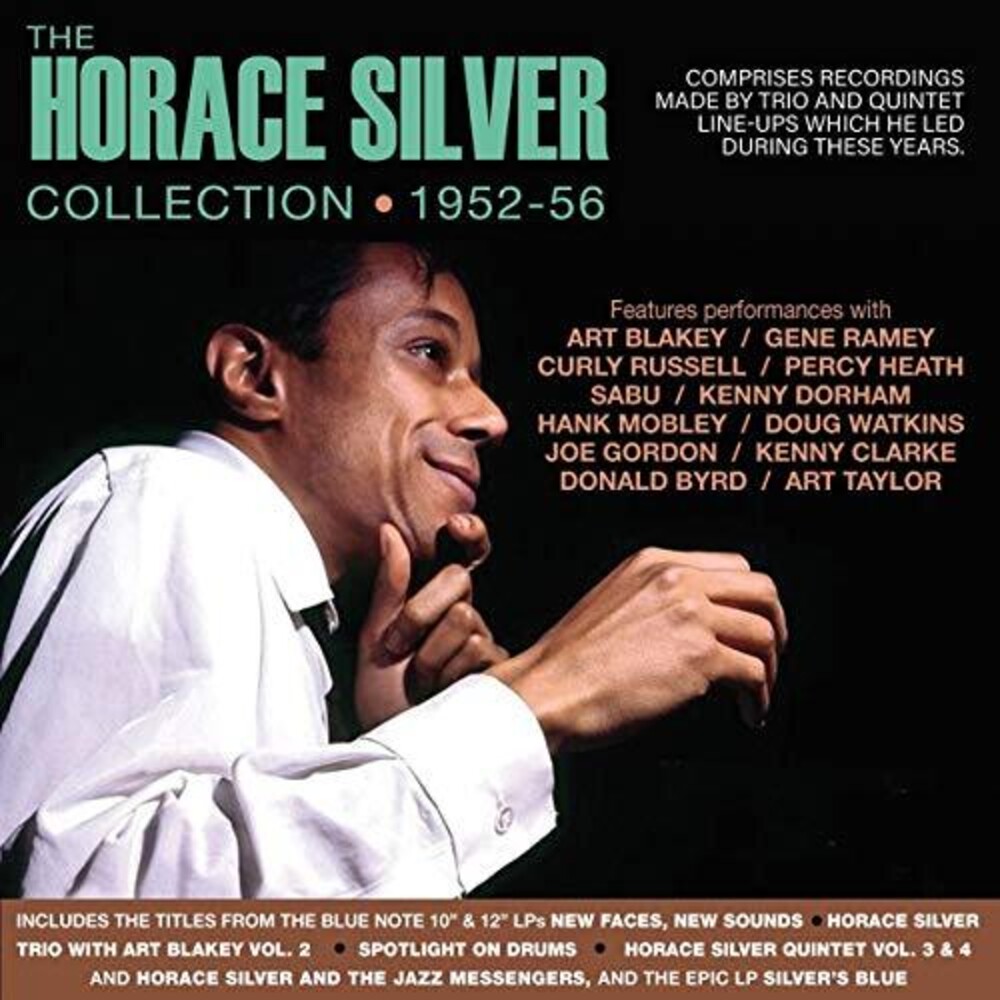 Horace Silver was one of the most important and innovative artists from the hard bop era as pianist, composer and bandleader, working with some of leading musicians on the jazz scene as a sideman and in his own groups after his recording debut with Stan Getz in 1950. This 32-track 2-CD, including many extended performances, comprises recordings which he made leading his own trio and quintet during the early years of his career, during a time when he was also recording and performing with bands led by the likes of Coleman Hawkins, Lou Donaldson, Lester Young, Sonny Stitt, Al Cohn, Art Blakey, Miles Davis and others. It comprises all the recordings which were released variously on the 10" and 12" Blue Note LPs "New Faces, New Sounds", "Horace Silver Trio with Art Blakey Vol. 2", "Spotlight On Drums", "Horace Silver Quintet Vol. 3 & 4" and "Horace Silver And The Jazz Messengers", and the Epic LP "Silver's Blue". His groups on these sessions include Art Blakey, Gene Ramey, Curly Russell, Percy Heath, Sabu, Kenny Dorham, Hank Mobley, Doug Watkins, Joe Gordon, Kenny Clarke, Donald Byrd and Art Taylor. It features many notable recordings, including his landmark compositions "The Preacher" and "Doodlin'", and captures the essence of his style during a dynamically creative time in his career.