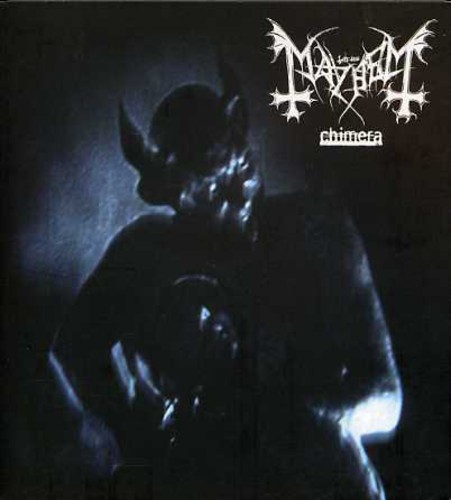 "No matter what they do, Mayhem will forever be most closely associated in the popular imagination with the murder and suicide of two members in the early '90s. The posthumous release of the eerie cult classic De Mysteriis Dom Sathanas cemented their position as virtually the definitive Norwegian black metal band. After reforming in 1997 with only one ""new"" member (their vocalist, Maniac, had fronted an earlier incarnation as a teenager), the four-piece carved out a unique and aloof position. The dizzying combination of vocal theatrics and futurist riffing on 2000's Grand Declaration of War announced that the band refused to be shackled by their past.

With Chimera, this incarnation of Mayhem has found its true voice. Eschewing the grosser experimental touches of their last album, they've instead crafted a richly satisfying, guitar-focused record. On ""Slaughter of Dreams"" and ""You Must Fall,"" the hypnotic quality of Mayhem's playing recalls the recent work of Norwegian black metal legends Thorns-a significant influence on the band in the early '90s and seemingly so once again. ""Impious Devious Leper Lord,"" meanwhile, kicks off with a rock-solid bassline from Necrobutcher and batwing riffing from Blasphemer, underpinned by Hellhammer's precision drumming. But Mayhem truly startles on the balance of the album, by dawdling to a corpse-slow doom pace. The title track and ""My Death"" sound almost like a Norwegian-style My Dying Bride, while ""Dark Night of the Soul"" is a chiming funeral bell rendered even more eerie by Maniac's wonderful Gollum-ly vocals. It's not always easy transcending a legend, but Mayhem show how it's best done-by following your own path, regardless of expectations.