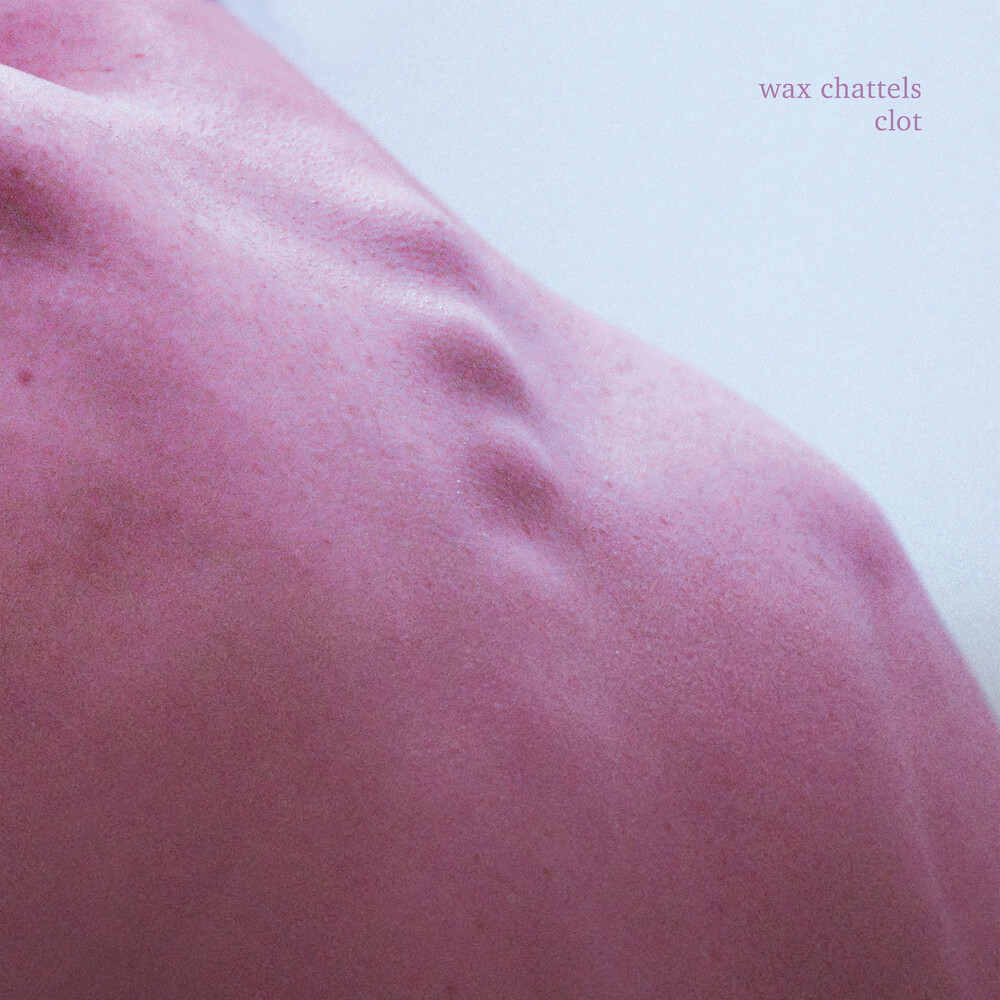 The inception of Wax Chattels occurred rather rapidly. Several years after completing jazz school together, Peter Ruddell and Amanda Cheng reconnected at a Preoccupations show in 2016 at Auckland's legendary Kings Arms Tavern. The pair quickly decided that they wanted to create some noise together, and wrote a few demos before enlisting drummer Tom Leggett. It wasn't long before Wax Chattels were up and positively running, becoming a fixture at local haunts and dive bars with their punishingly abrasive, yet polished, live set. The band were a week shy of embarking on their 2017 DIY tour of Japan, China and Taiwan when they played a set at Auckland's independent festival The Others Way. Captured Tracks founder, Mike Sniper, happened to be in the room for just two songs of Wax Chattels' set, before he had to rush off to another venue. As it turns out, those two songs were proof enough for Mike Sniper and Ben Howe to co-sign Wax Chattels to Captured Tracks and Flying Nun Records on the spot. The band played an unscheduled set at an industry showcase the following night, which allowed Mike to fully comprehend what he'd got himself into. As the band have since said, "We want to play shows that make people feel uncomfortable. The goal is to leave the audience feeling slightly altered, like they have experienced - not just heard or seen - something." It is universally agreed that Wax Chattels are a must-see live act and their eponymous debut album captured this perfectly. Their hypnotically sinister debut was released in May 2018 and was supported by six months of relentless touring: a NZ tour, two tours of Australia, a stint in the UK and two major North American tours. The album reached #7 on the Official New Zealand Album Charts, and album release week saw the title feature as #1 in Rough Trade's 'Top 20 New Releases' and AV Club's "most anticipated album". The album's success at home and abroad led to the well-deserved nomination of Best Alternative Artist at the 2018 New Zealand Music Awards, as well as the band's inclusion in the coveted shortlist of finalists for the Taite Music Prize and Auckland Live Best Independent Debut Award. After a knock-out debut, the anticipation that surrounds their sophomore album, Clot, is immense. Much like their debut, the writing process for Clot took the best part of a year. While some songs, like "Glue" and "Efficiency" were written on the road in 2018, the bulk of the album was workshopped throughout 2019 across bedrooms and storage containers. The demos were fine-tuned before taking them to the studio to be recorded by James Goldsmith (Aldous Harding, Mermaidens). Wax Chattels maintained the use of only the barest of ingredients - bass guitar, keyboard, and a two-piece drum kit - but the group spent more time experimenting with and finding new sounds for this record. They wanted to maintain the same live element as in their debut, but, this time, heavier - for which they enlisted the help of mixing engineer, and fellow noise-maker, Ben Greenberg (Uniform, Destruction Unit, The Men). The keyboard sounds are noticeably thicker and the bass more intense. A marked step-up, this new record keeps the visceral energy of the debut, only this time they dig deeper into cathartic noise. During their intensive week of recording, the band was noise-controlled several times by neighboring businesses, despite the full-time studio being completely sound insulated. The irony of these complaints is that they also came from music industry professionals: "There is very loud horror music coming through the walls again - is this going to last all day? Yesterday there was someone screaming all day. It's very disruptive for our office's work environment." Clot's inspiration - or, rather, frustration - came from the doomy, gloomy corners of Auckland's underbelly, and the theme of confrontation is central. "Mindfulness" is about willingly tricking yourself into band-aid solutions; merely accepting the status quo rather than kicking up a fuss and forcing tangible change. The vitriolic choruses of "Cede" are in Cheng's native language - Taiwanese Hokkien - and are an indignant confrontation about Cross-Strait relations and self-determination. The experience of being a first generation immigrant and not having a personal relationship with extended family is expressed in the melodic single "No Ties". The song touches on cultural differences and the parental sacrifice of careers and support systems to provide a "better" future for their children. The explosive arc of "Efficiency" describes knowing when to bide your time, and when to push, in which the band treads a line between the explicit and intuitive. "Less is More" fumes with the frustration caused by the selective memories of others. The violent fantasies in "Spanners & Implements" suggest a more literal interpretation of these themes. This is carried through "An Eye", in which the band stresses the physical harm and psychological breakdown emanating from the escalating racial and political uproar throughout the world. Still, though the band seethes and boils throughout, Clot concludes with a message of hope. On the final track, "You Were Right", Ruddell expresses an aspiration toward alternative viewpoints: wading through the noise and chatter, ultimately being able to accept the opinions of others, albeit after careful consideration. Perhaps it's this capacity for self-awareness that makes Wax Chattels one of New Zealand's most treasured independent exports.