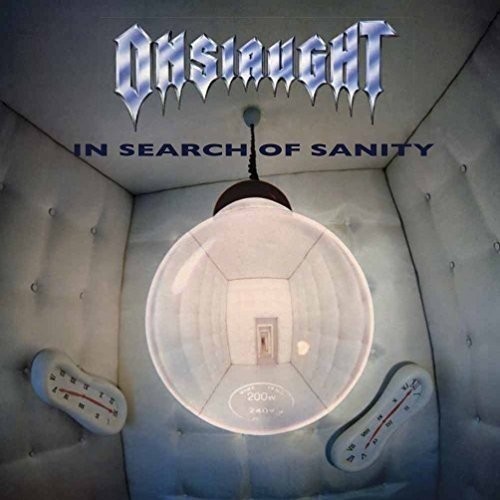 DELUXE VINYL EDITION!!! "In Search of Sanity" is the third studio album by thrash metal legends ONSLAUGHT, originally released in 1989. This time round it will be released on limited edition clear vinyl format exclusively for record store day 2017! With several changes in the band's line up, including the addition of Grim Reaper vocalist Steve Grimmett and their longest song to date "Welcome to Dying", the album contains a more polished sound than previous Onslaught albums. It was also Onslaught's last album before they disbanded in 1991 and the release of their fourth album, Killing Peace, in 2007.