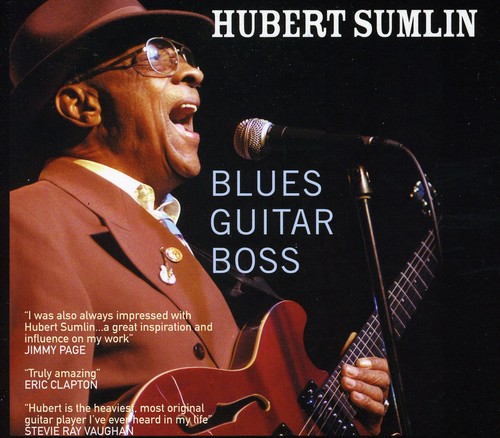 2012 posthumous release from the late Blues great. Hubert Sumlin was a brilliant guitarist and a vast influence on Eric Clapton and Peter Green amongst others. This killer album started with a five week European tour with these musicians before they hit the UK. There was a lot of songwriting in hotel rooms which has paid off handsomely. Here are five brand new songs from Hubert, a couple of well thought-out instrumentals and Hubert playing his usual imaginative lead guitar on three new songs by Richard Studholme. Musically, it's all tough blues but within that there is tremendous variation ranging from some nice modern touches to a couple of Jimmy Reed-ish tracks with just two guitars and drums. Altogether a very cohesive whole and a real revelation.
back to top