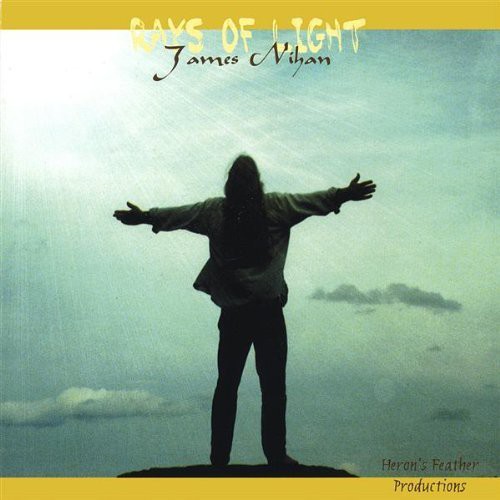 Among recent accomplishments, James Nihan's song, This Land is not Our Land, is on the Grammy-nominated CD by Becky Hobbs entitled "Nanyehi, Beloved Woman of the Cherokee", which is also a musical play funded by a grant from the Smithsonian Institute. The song is also being used to promote conservation of our natural resources. He lent his narrative voice to a documentary on the Inupiat tribe of Barrow, Alaska and Seeds of Light is the title inclusion of the Unity Church International Songbook. James' anthem, I See the Light in Everything, received the 1st Place People's Choice Award, as a 'world peace' song, from the organization Bring Peace Not Pain, supported by many artists including Yusuf (Cat Stevens). Original Notes: Where did these songs come from? Well, after working in the Nashville songwriting business for fourteen years, I took a sabbatical from 1998-2001. I'd grown tired of writing the 'radio-friendly' commercial songs with their twisted cliches. During the winter months of 2001, I began to write again. I was only willing to take pen in hand to speak the truth from my heart. In the spring, I began to collaborate with recording artist/songwriter ('Angels Among Us') Becky Hobbs on a project based on the life of Nancy Ward, 'Last Beloved Woman of the Cherokees'. Becky is a descendent of this revered woman who lived in the latter half of the 18th century and into the next. They say that when she (born 'Wild Rose') died, a light arose from her body, became a bird and flew out the door of the cabin in the direction of Chota, her birthplace. Anyway, Becky and I wrote a song or two and, when we put the project on the back burner for awhile, I couldn't stop writing. I am part Native Canadian and I continued to focus on First Nation themes. 'Storyteller' was written at this time. It soon gained recognition nationally as a poem. Then, in late August, I attended a workshop in New York on the book 'The Four Agreements', written by don Miguel Ruiz. I learned that I alone was responsible for whether my light shines or not. For too long I had allowed resentments to cloud my vision. And so now I made the decision to let them go...to bury the old story and begin a new one. Back in Tennessee, the process continued. Inspiration was everywhere I looked, both outside and within. As I wrote, red-tailed hawks circled and hummingbirds were ever present. Great-horned owls crossed my path at night, reminding me of transformation. At times, I did not know where the lyrics came from. All I could do was feel humbled and thank the Creator for letting me hold the pen. My friend, Roberto Paez, suggested that perhaps my purpose here is to be a messenger. Long ago, when I was eighteen, I had considered the idea but, however hopeful and altruistic I was in those younger days, I had no message. And so that dream slept for a long, long time. These songs represent an awakening. They are about healing and loving and dying and living in the moment with faith and gratitude. They are not written for accolades. They say what they say, they are what they are. You may like them or dislike them. You are welcome to feel whatever you wish. I simply take my joy in delivering them. I wish you love, peace and light. - James Lyric sample from 'I Am An Artist': I am an artist with a palette in my hand All the colors of the rainbow are at my command I stand before a canvas the color of the night I reach out to the darkness and I only paint the light Lyric sample from 'Storyteller': All my relations, they are standing in a row Like stalks of corn across the fields of time to long ago I want to see the shawl dance, I want to hear the drum I won't know where I'm going if I don't know where I'm from Lyric sample from 'A Ray of Light': If all six billion rays of light Were all turned on one single night This world would be a brighter place The darkness would be gone 'Cause how could anybody hate The same time they illuminate I have to think they'd have to love The ones they're shining on Lyric sample from 'Sister Mitote': Sister mitote, mi niĂ±a del sol The dreamer inside you is taking control Shifting and lifting the veil of your mind Changing the laws that have kept you confined Turning your fears into feathers of flight Quick as the burst of the first morning light Creating the dream that is heaven on earth Feeling the love you were given at birth As you seek perfection, becoming aware Sister mitote, you're already there Lyric sample from 'Sacred Hoop': Medicine awaits you in a circle made of stone Great Spirit's there to hear your prayer And blessings will be shone Rays of light are just as bright when you close your eyes You can see eternity...nothing ever dies (For more biographical information and to read more lyrics of these songs visit James' website)
This website uses cookies to personalize content and analyse traffic in order to offer you a better experience.
I accept Learn More
back to top