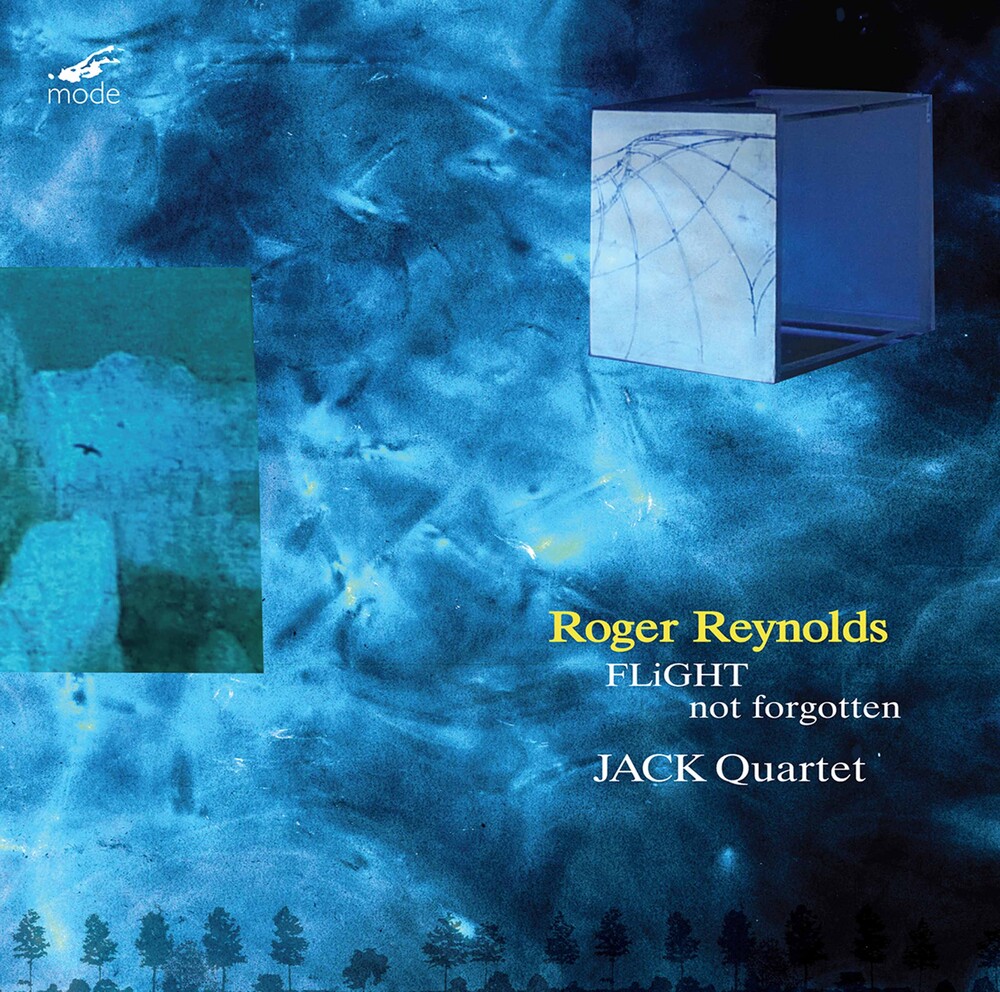 This release documents Roger Reynolds' most recent string quartets in composer supervised first recordings by the acclaimed JACK Quartet. "FLiGHT", commissioned by JACK Quartet, arose from a collaborative process lasting almost five years. It's four movements reflect upon the stages of humanity's aspirations for flight: IMAGINING, PREPARING, EXPERIENCING, and PERSPECTIVE. Of "not forgotten" Reynolds writes: "As the years pass, one notices that certain elements in one's days have unusual persistence in the mind. Such elements may involve individuals encountered, sometimes places experienced, or momentary intersections that are unexpectedly luminous. The point is that they not only don't go away, they play roles as one's own life evolves.... Three composers with whom I had extensive and formative interactions were Elliott Carter, Toru Takemitsu and Iannis Xenakis. Geographic parallels include Ryoanji in Kyoto, Monet's sumptuous Giverny gardens, and the glitteringly patterned surface of the Aegean." These experiences form the movements to "not forgotten." The outer movements, "Giverny" and "Now," are fixed, while the inner movements may be played in whatever order the quartet chooses. Each movement begins with a solo by one of the quartet's members. The unique liner notes take the form of a communication between the composer and members of the JACK Quartet. This is the first of a projected two volume set celebrating Reynolds' 85th birthday and his recent music, to be released on Mode.