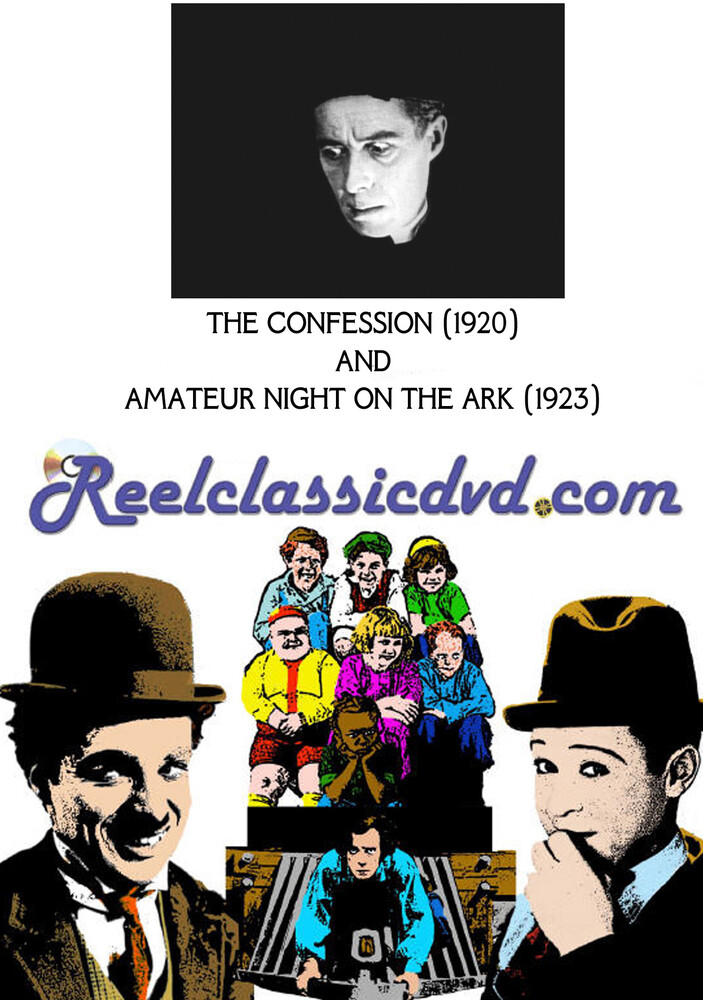 THE CONFESSION (1920) and AMATEUR NIGHT ON THE ARK (1923) THE CONFESSION starring Henry B. Walthall, Francis McDonald, William Clifford and Irene Aldwyn. A Catholic priest's faith is put to the test when he hears a confession of murder - a crime of which his brother is falsely accused. He is torn between keeping his holy vows and saving his brother from execution. The brother's escape sparks a manhunt through the Canadian wilderness, but his eventual capture means he must keep his undeserved date with the hangman. A good, solid film with high production values and beautiful location work, this release features a custom organ score and spoken introduction by John Griggs. AMATEUR NIGHT ON THE ARK In keeping with the theme of theology, here's a reverent re-telling of the story of Noah and his struggle to save humanity and all of God's creatures from... just kidding! This is an early and rare Paul Terry cartoon in which Noah and the animals put on their own crazy, unforgettable show!
back to top