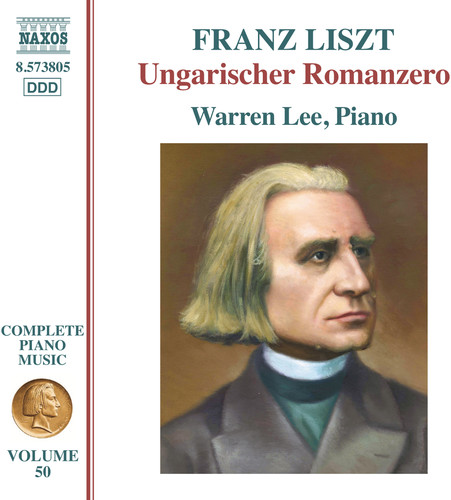 The eighteen 'Ungarischer Romanzero' are transcriptions of popular Hungarian melodies made partially in collaboration with violinist Ede Remenyi. The manuscripts are not always complete, with space for performers to add their own elaborations, or to follow Liszt's own hints on his own performances of pieces that give valuable insights into his Hungarian influences in their rawest form. The 'Hungarian National Melodies' provide opportunities for amateur players, while the hugely popular Rakoczi March became the unofficial national anthem of Hungary, also being used by Berlioz and other composers. Pianist Warren Lee made his televised debut with the Hong Kong Philharmonic Orchestra at the age of six and was the first prize winner of the 1995 Stravinsky Awards International Piano Competition and the Grand Prix Ivo Pogorelich. His discography includes many acclaimed albums of solo and chamber music repertoire. The 'American Record Guide' called him a "first-rate artist" while Fanfare noted that he is "a pianist to watch out, whether as a soloist or chamber musician."