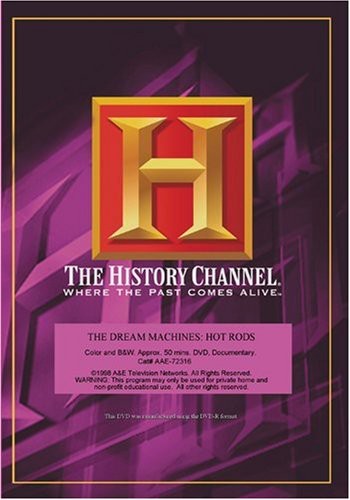 California kids invented them in the quest for speed. The Beach Boys immortalized them with the hit Little Deuce Coupe. Chopped and channeled, tricked-out and hopped-up, hot rods have a unique appeal. The very first ones were built in the 1930s by California kids eager to test out their racing skills on the state's dry lakebeds. And after World War II, when thousands of American GI's got caught up in hot rod mania, a nationwide fad was born. Devotees poured their hearts, souls and sweat into their machines, and blew off steam in dangerous street races that made the rodders many enemies. But one man, Robert Petersen, set out to legitimize hot rods and toured the nation showing how safe races could be held at surplus air bases and other unused venues. Today, drag racing is popular with fans nationwide, and the hot rod is going strong. Chrysler has even released the Prowler, a ready-made hot rod for the baby boomer market! With clips from films like Rebel Without a Cause, footage of old street contests and modern drag races and revealing interviews including one with Robert Petersen HOT RODS explores a unique American phenomenon.
back to top