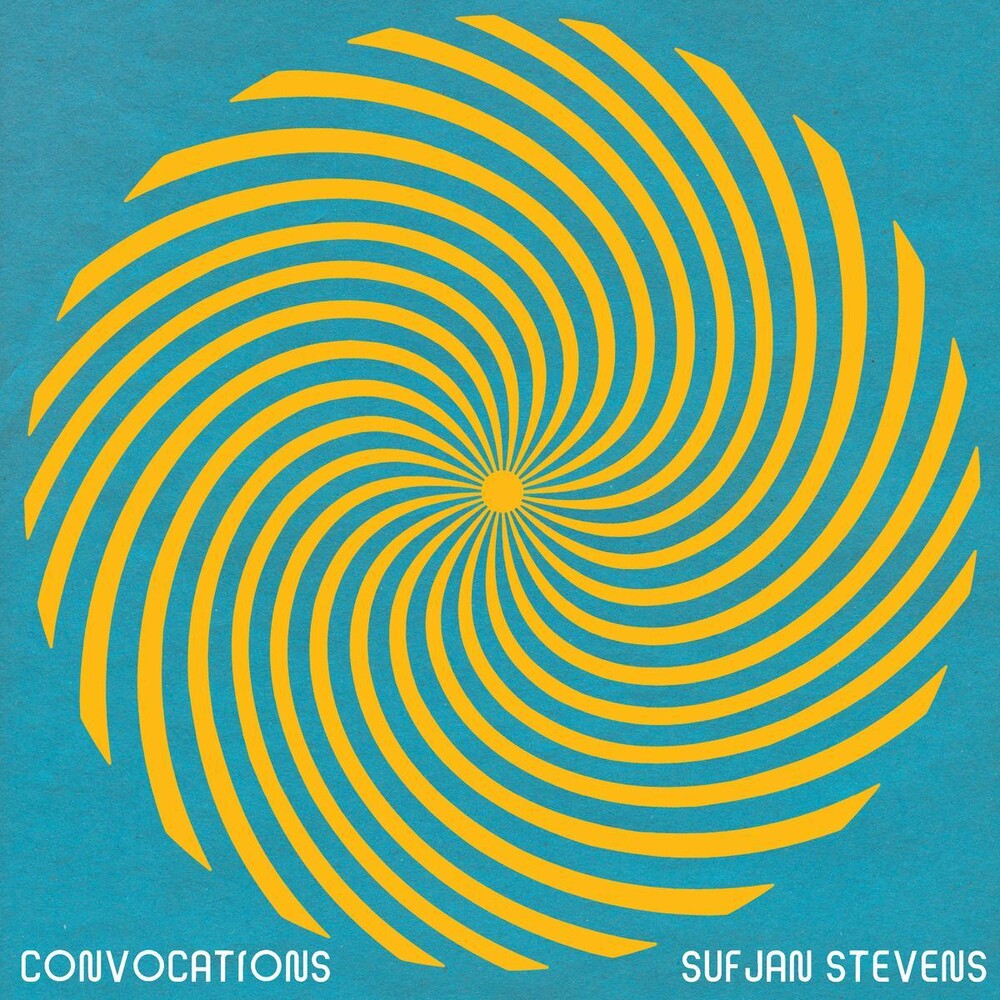 It may be tempting to reduce Convocations into a longform ambient anomaly within Sufjan Stevens' vast catalogue. It is, however, neither an anomaly nor entirely ambient. This is not a side project. From his numerous dance scores for New York City Ballet to instrumental albums such as Enjoy Your Rabbit, Aporia, and The BQE, Stevens spends at least half his working life making largely instrumental music, as he has for decades. And though the first ten pieces, dubbed "Meditations," unfurl as gorgeous states of reflective new-age grace, this is by no means an ambient enterprise. Stevens invokes the lessons of Morton Subotnick, Maryanne Amacher, Christian Fennesz, Brian Eno, and Wolfgang Voigt here. As musically erudite as it is emotionally experienced, Convocations can be dissonant, vertiginous, rhythmic, repetitive, urgent, or calm-that is, all the things we undergo when we inevitably live through loss, isolation, and anxiety. Indeed, Convocations moves like a two-and-a-half-hour requiem mass for our present times of difficulty, it's 49 tracks allowing for all these feelings to be felt. The album is divided into five sonic cycles, each replicating a different stage of mourning. "Meditations" work toward acceptance and resolution, of coming to terms with the day's news even if it stings. The subsequent "Lamentations" slink, sputter, and sometimes grind, as sadness transmutes to anger and back again. The rhythmic drift and glitchy strata of "Revelations" allow for confusion and catharsis, of asking just why the world or the heavens have wronged us. With it's bright tones, occasional sweeps of strings, and scrambled voices, "Celebrations" offers furtive bits of fondness, though the nostalgia is never far removed from the news that prompted it. The final nine "Incantations" are lessons for those of us who remain, gorgeous and galvanizing reminders that our time here is as limited as the possibilities for how we spend it are infinite. Convocations occasionally soothes and sometimes hurts; when it's done, you're left with a renewed sense of wonder for being here at all.In fact, Stevens made Convocations in response to (and as an homage to) the life and death of his father, who died in September last year, two days following the release of The Ascension. It is, then, ultimately an album about loss, and an album that reflects a year in which we have all lost so much. One could easily compare this project to Stevens' album Carrie & Lowell, which he wrote following his mother's death. But this is something entirely different. A new time, a new season, a new life lost, a new reckoning, a new kind of isolation, grief, despair, frustration, confusion, and the search for happiness and hope for the future. This is not a personal record, but a universal one. Convocations is built on a shared experience that seeks to be honest about how complicated grief can be in these difficult times-the pain, the anxiety, the unknown, the absolute joy of memory. This is also an album made in lockdown, when we were all cloistered in whatever space we had. So long as the science and statistics hold, Convocations arrives just as we begin to emerge from a year whose losses we will calculate for a lifetime. It is, then, right on time, as we begin to process our grief and try to carry on with it. -Grayson Haver Currin