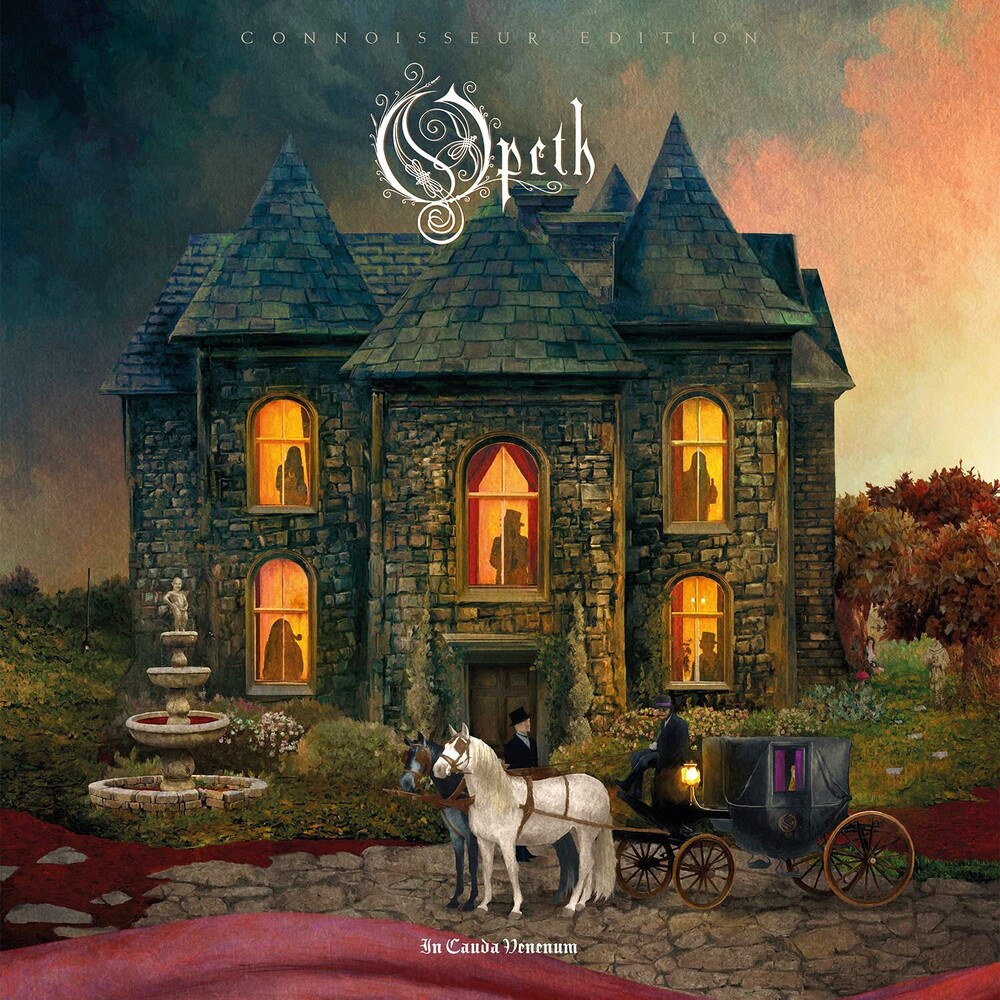 "How do you transfer a state of the art Pro-Tools recording, with a zillion different tracks, on to a piece of plastic and generate sonic greatness?" With lockdown, Opeth's mastermind Mikael Akerfeldt finally found the time to unite 'a team of musical nerds', as he describes it, to ponder over the question, how they could produce a master of 'In Cauda Venenum' that sounds as surpreme as Akerfeldt's favourite records from the past? After heated discussions and trying out many different methods that never seemed to fully please the Swedish master's ear, they transferred the album to magnetic tape and then cut the vinyl lacquers from the tape itself, to create a warm, powerful and yet dynamic master that will now see the light of day in form of their "Connoisseur Edition" This boxset contains the 180g gatefold 2LP of the Swedish and English versions of Opeth's legendary latest album "In Cauda Venenum" with new illustrations by internationally renowned Travis Smith in the booklet, and an artprint certificate. In addition, there is also a third vinyl EP in a sleeve, including 3 previously unreleased bonus tracks, both in English and Swedish: "PĆ¶beln" / "The Mob", "Cirkelns Riktning" / "Width of a Circle" as well as "Frihet & Tyranni" / "Freedom & Tyranny". There are few bands that can or will match Sweden's Opeth. Since forming in the tiny Stockholm suburb of Bandhagen in 1990, the Swedes have eclipsed convention, defiantly crushed the odds, and, most importantly, crafted 13 stunningly beautiful, intrinsically intense albums to become one of the biggest progressive rock/metal bands on the planet; whether that be live or on record. Ask any Opeth fan. Enquire with any band that's shared the proverbial pine with the Swedes. Or, get a label representative to talk Opeth. They'll all tell you the same thing: Opeth are peerless. And they're only getting better, even after selling more than two million records and even hitting the #1 in the German album charts with their album "Sorceress" in 2016. Now back on US tour with Mastodon in spring 2022, the Swedes are gearing up for a new chapter, and Ā»In Cauda Venenum (Connoisseur Edition)Ā« shows Opeth at their finest hour.
This website uses cookies to personalize content and analyse traffic in order to offer you a better experience.
I accept Learn More
back to top