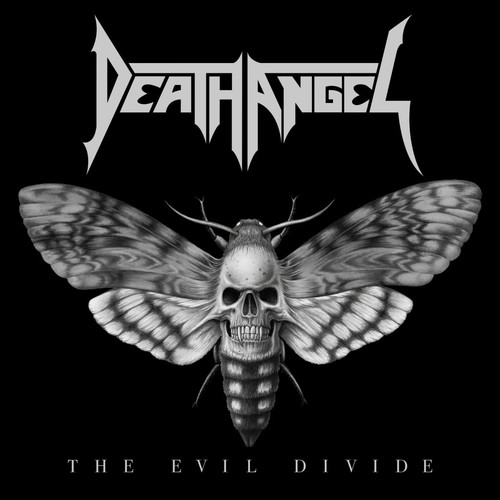 Deluxe CD/DVD edition including DVD and bonus track. 2016 release, the eighth album from the Bay Area thrash metal band. Three decades into their celebrated career, Death Angel remain as hungry as ever. As a result, uncompromising urgency and unpredictability define The Evil Divide. The group - Mark Osegueda [vocals], Rob Cavestany [lead guitar], Ted Aguilar [guitar], Will Carroll [drums], and Damien Sisson [bass] - satiate the appetite for buzzsaw speed riffs, double bass mayhem, and scorching vocals over the course of 10 new anthems. The Evil Divide stands out as the culmination of 30+ years of music for Death Angel. It kicked off with legendary debut, The Ultra-Violence, in 1987. The classic Frolic Through The Park began to cement their legacy and even earned the distinction of landing on Loudwire's list of the "Top Ten Thrash Albums NOT Released by The Big 4." The group broke up following 1990's Act III only to reunite in 2004 on Art of Dying for the next generation. A powerful trifecta followed. In 2010, Relentless Retribution boasted a cameo from virtuosos Rodrigo y Gabriela, while 2013's The Dream Calls For Blood bowed at #72 on the Billboard Top 200, selling 5,400 copies first-week and earning the group's first-ever entry onto that respective chart. Beyond continued public praise from the likes of James Hetfield of Metallica and Robb Flynn of Machine Head, the band's music has popped up everywhere from Carl's Jr. commercials to Leatherface: The Texas Chainsaw Massacre III. Their fire burns brighter than ever in 2016.