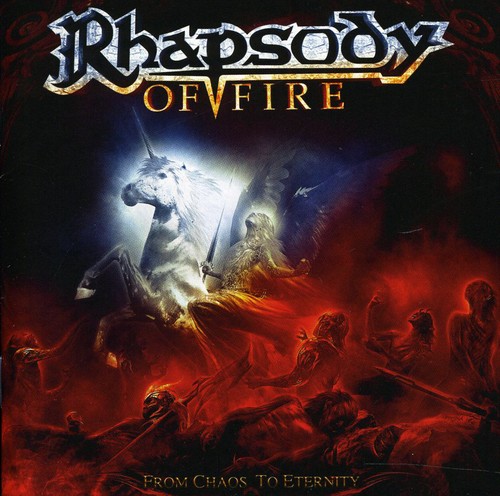 Italian metal band Rhapsody of Fire are one of the most influential European metal over the past two decades. With their mixture of melodic metal and elements of classical music influenced by film scores, they helped create the Symphonic Metal genre. Originally called Thundercross and influenced by bands like Helloween and Blind Guardian, they have evolved into Rhapsody and finally Rhapsody of Fire and have made an indelible impact on the world of metal every step of the way. On this album, Rhapsody of Fire complete the epic story that has spanned 15 years and 10 full-length albums! Their passion for cinema has always been at the center of their songwriting approach as these albums are like stories within an ongoing novel, and from Chaos to Eternity is the final chapter. Full of orchestral grandeur, this album also features their trademark narration by LORD OF THE RINGS Christopher Lee!