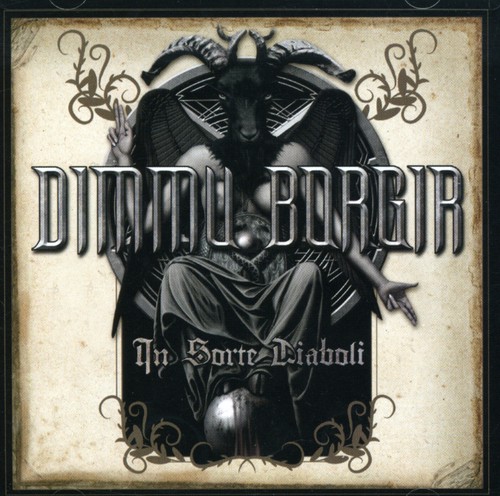 Black Metal's most prolific and infamous band, Dimmu Borgir, return with a new beautifully blasphemous studio epic masterpiece, IN SORTE DIABOLI. After crushing the US with DEATH CULT ARMAGEDDON and their dominating performances on the main stage at Ozzfest 2004, the band have elevated every aspect of their aural arsenal to produce one of the most seductively evil and sonically brilliant albums the metal universe will ever experience. IN SORTE DIABOLI is the band's first concept album with a story that is based around a priest's assistant in a church located in Medieval Europe. Produced by the legendary Fredrik Norstrom & Patrick J Sten at the highly heralded Studio Fredman and mastered by Russ Russell, the final result is an audible sacrilegious journey of a soul's decent to darkness that only the mighty Dimmu Borgir could accurately portray.

''In Sorte Diaboli'' (Latin for "In direct contact with Satan") is the eighth studio album by Norwegian symphonic black metal band Dimmu Borgir, and is the band's first concept album. A site on the Nuclear Blast website was created for ''In Sorte Diaboli'', in which a new promotional photo can be seen and an audio sample can be heard. This would be the last album by Dimmu Borgir to feature ICS Vortex and Mustis before both band members were fired in 2009. - Wikipedia