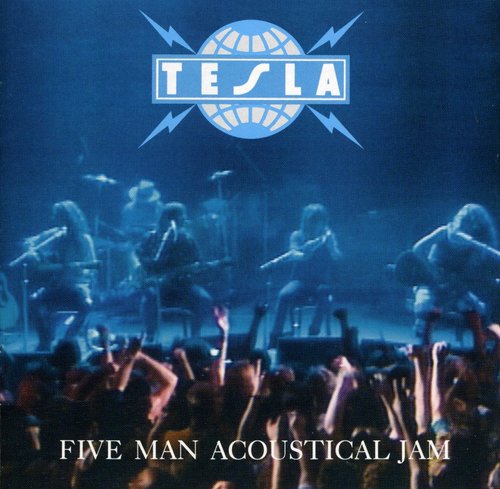 ''Five Man Acoustical Jam'' is a live album released in 1990 by the band Tesla, using acoustic guitars instead of electric guitars which hard rock/heavy metal bands such as Tesla were known for. The album is considered to have directly inspired MTV's Unplugged series from the early 90's. The biggest hit from the album was the song "Signs", a cover version originally from the band Five Man Electrical Band, who also had a hit with the song (Tesla's version included a few uses of "fuck" not in the original version). Other songs included "Love Song" (a hit from their previous album ''The Great Radio Controversy'') and covers of The Rolling Stones' "Mother's Little Helper", Creedence Clearwater Revival's "Lodi", and The Beatles' "We Can Work It Out". It was recorded live in Philadelphia, Pennsylvania, at the Trocadero Theatre. - Wikipedia