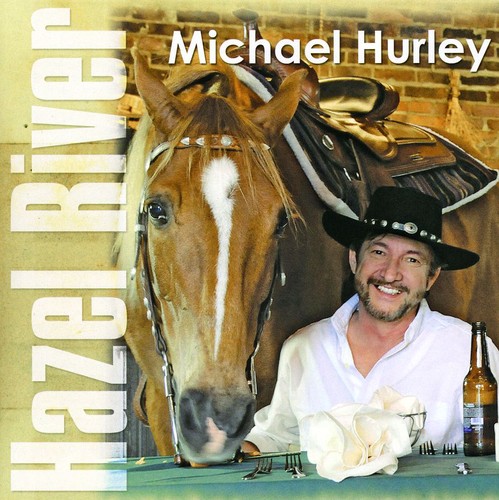 Michael Hurley has been a musician since the age of 11. He began his career as part of the 'Shados M' band at 13 and hasn't stopped playing music since. The 'Shados M' put out a single when Michael was only 15. It was a local hit. At 16 he performed on "The Smokey Valley Boys Show", a country music TV show that aired weekly. Though he was never into the old style country music he likes a lot of the current country and listens to it on occasion. Michael's roots are rock and while in high school he would travel 60 miles to play six nights a week and his father had to take him since he was too young to drive. Michael recorded a few more times and had a local hit with "See What I Mean" on the album "Statutory Rock," named for all of the monuments in Richmond Virginia where he lived at the time. He continued playing in bands but after he married he recorded only for himself and friends to listen to never releasing any songs. After his divorce Michael decided to take a year off from playing to devote his time to recording a new CD using some of the songs he wrote in the past while continuing to write new ones. The result is "Hazel River", a project with rock, ballads, a blues song and even a Latino-flavored tune. He has received a lot of support for the project and is currently in the process of promoting 'Hazel River,' working with agents, etc. To market the CD. You will find high energy rockers included, but he wanted this CD to be diverse and it is. The instrumentation ranges from high energy electric guitars, to soft Cellos, strings, with a lot of brass to round out the very unique sound. Michael has had several musicians from all over the region participating on this project but he played a big part in it himself. He plays all the drums, piano,and sings all the lead on every song. He also sings backup, plays keyboards, congas and guitar on several songs. The cover was taken from a photo shoot where he took a horse "Nugget" into the Hazel River Restaurant owned by Peter Sogbuchner (a former personal chef to President Reagan) and his wife Karen. Nugget was amazing for over two hours and a real crowd pleaser. The shoot has been in newspapers, and actually on SNY, a TV station in New York City. He would like to thank all the musicians who drove so many miles to be a part of this project. Every member of this project is really fantastic at what they do. Michael wrote every song and produced the project. He either wrote their part or worked with all the other musicians on the CD. We hope you will enjoy his music and follow his career here and on radio.