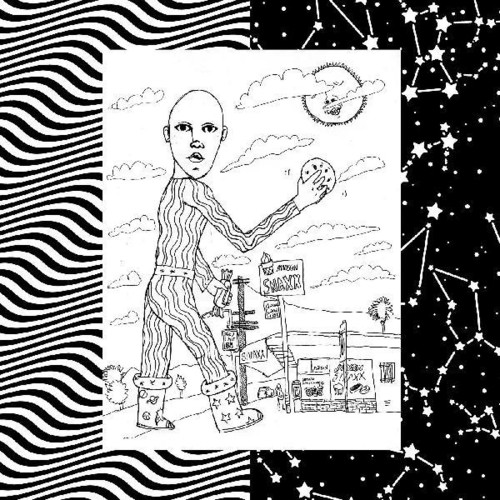 Album cycles come around about once every two years, but Mndsgn, aka Ringgo Ancheta, is constantly making music. He wanted to do justice to his prolific creativity, so rather than let unreleased tracks wither and die on his hard drive, he decided to put out two records ahead of his next studio album, and the concept of Snax was born. Snax (one 'x') was a tape of remixes, self-released in 2018. Snaxx (2 'x's) follows with beat-heavy production including favorites from his hybrid live/DJ shows like "Deviled Eggs" making an appearance. On his Boiler Room TV show Breakfast with Ringgo, he welcomed artists like Anderson.Paak, Knxwledge, Swarvy and Ahnnu to jam and/or converse in his studio. Snaxx has a similar vibe of having friends come visit, an atmosphere Ringgo compares to inviting friends round for dinner and providing "something to chomp on" while preparing the meal. A few of those friends include close collaborators, Pink Siifu and Jon Bap. The cover art, which Ringgo illustrated himself, was based on a photo taken by Dan Bensch, given to him by Stones Throw's creative director Jeff Jank. The photo of a Foster's Freeze reminded Ringgo of the donut shop on J Dilla's Donuts cover.