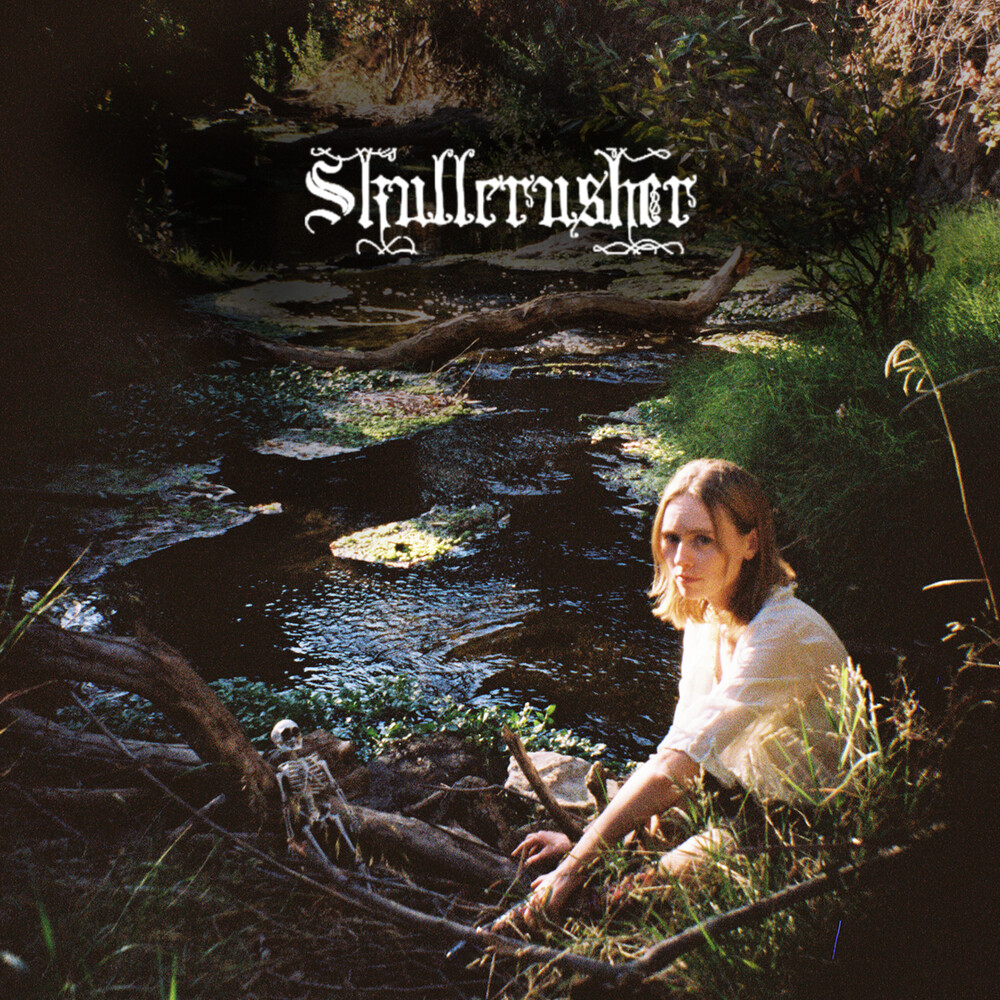 Transparent Cloudy Clear. Skullcrusher is, by all accounts, an exploration of the ways you become yourself when you aren't looking - and how that feels once you start paying attention. It's a quiet power; a hushed celebration of the tiny, understated subtleties that culminate into knowing yourself. On her debut EP, songwriter Helen Ballentine offers an airy, intense, and unflinchingly open collection of songs written about - and from - one of life's in-between gray areas, a stretch of uncertainty and unemployment, and the subsequent search for identity. Here, as Skullcrusher, Ballentine grapples with how to communicate her private self to an audience.Ballentine has been playing music for most of her life - piano from age five, guitar since high school - but her songwriting didn't emerge until later. After moving from her home in upstate New York to Los Angeles to study studio art in college, Ballentine was working full-time at a Los Angeles gallery, poised to continue onto the trajectory of visual art she had been on since she was a teenager. Instead, it didn't feel right, and she quit.Suddenly faced with a peculiar freedom, Ballentine decided, somehow both confidently and tentatively, to seriously pursue music for the first time. While nannying on the side to make ends meet, she wrote "Places/Plans," her first song for Skullcrusher, a little over a year ago. Despite her extensive background in visual arts, Ballentine suddenly found songwriting to be the best avenue for her artistic visions, an easy way for her to organically discover what it as she was trying to say."I was feeling very strongly about my lack of a career path, both insecure and confident at the same time," Ballentine explains. "But there was also a lot of confidence that arose out of that process because I was really able to spend time with myself, and the things I love."In music, as in her visual art practices, Ballentine is drawn to conflicting pieces of a puzzle; how hard and soft meet, and the intersection of certainty and ambiguity. Ballentine would tinker on music in pieces, feeling like she wasn't accomplishing anything day after day, and then suddenly realize she had been assembling songs. That experience felt formative, and the resulting EP, which she worked on alongside producer Noah Weinman, is about what it means to feel like you're not doing anything, but finding immense meaning and depth within that, too.The four dark, dreamy songs on her debut EP were influenced by a strange-but-fitting amalgamation of media consumed in the immediate aftermath of quitting her 9-5. There's Valerie and her Week of Wonders, the Czech new-wave film that went on to inform Skullcrusher's aesthetic. There's Ballentine's love of fantasy and surrealism, her appreciation of the way fantasy novels juxtapose beauty and violence. Ballentine was also fully immersed in the world of Nick Drake, watching and reading anything she could about his songwriting. Another sonic anchor came from ambient electronica, which provided her with a shared vocabulary with her new band. And as Skullcrusher, Ballentine is decisive and immediate with the way she uses a sparse arrangement, fitting minimal sounds together in a way that creates a fuller space. On the opening "Places/Plans," Ballentine sighs, "Come in, the window's open and I'm lying alone," which feels fitting for the entirety of the EP - Ballentine invites the listener into the depths her personal, intense solitude. "I put so much emphasis on this private self, and all of these things that I love that are my own, and as soon as I let someone else into that, it's really hard," Ballentine says. "But I'm also someone who wants to let someone else into that. It's sort of this back-and-forth about wanting to connect to other people but also being a little bit afraid of that."Skullcrusher's understated energy radiates with the atmosphere of waking up to the quiet terror of shapeless, structureless days, but it finds power in eschewing the pressures of careerism and a vapid culture of productivity. Instead, as Skullcrusher, Ballentine has the audacity to be comfortable enough with herself, and to simply accept the unknown as her life.