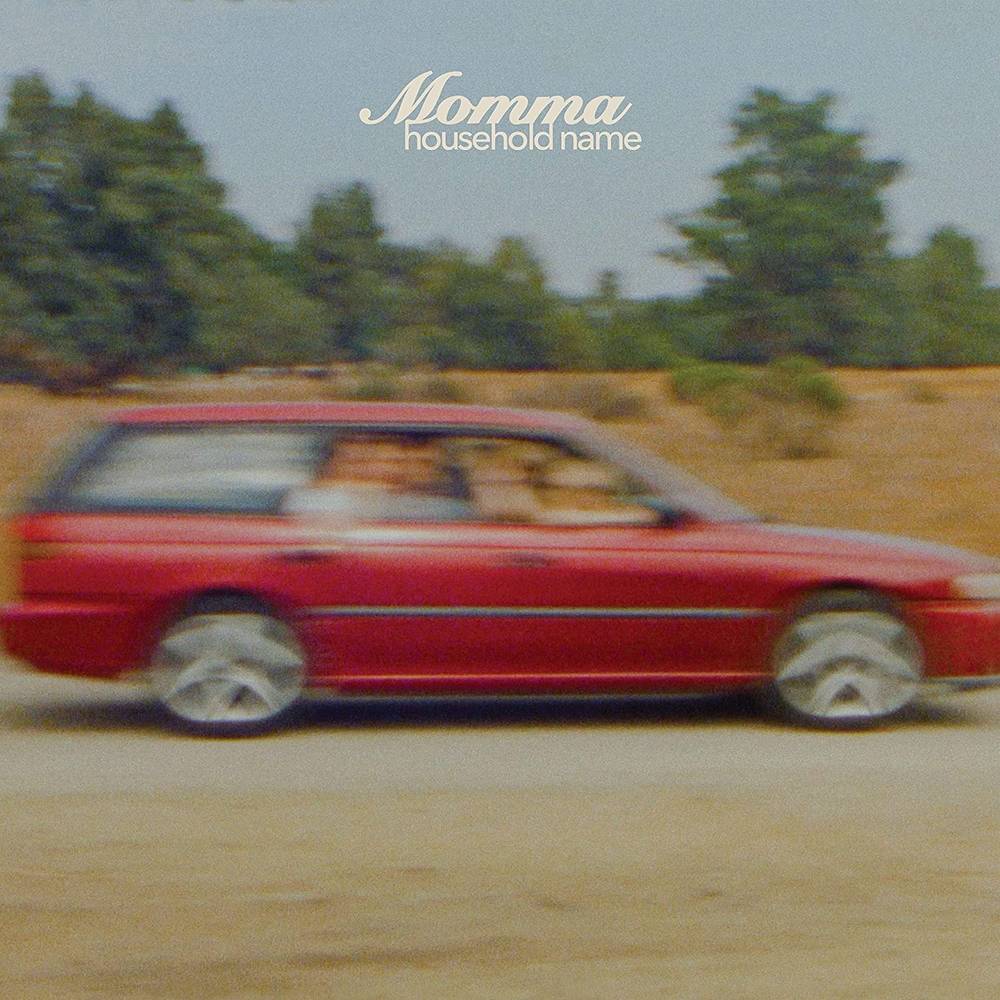 Following Momma's beloved 2020 LP Two of Me, which introduced the world to the symbiotic writing style and profound creative intuition of founders Etta Friedman and Allegra Weingarten, the band's third studio album Household Name reveals an exciting new chapter marked by both personal and artistic growth. Mastered by Grammy-winning engineer Emily Lazar, the album is a tightly-stitched collection that is magnetic and dynamic, and also marks their debut for Polyvinyl Record Co./Lucky Number-who signed Momma in the midst of the pandemic.Bygone heroes helped inspire a lyrical theme throughout Household Name: the rise and fall of the rock star, and the tropes and tribulations that come with that arc. The theme allowed the group to celebrate (and, in some cases, directly reference) icons like Nirvana, Pavement, Smashing Pumpkins, Veruca Salt, and the Breeders' Kim Deal, while weaving in their own perspective and experiences. Standouts like "Medicine," which The Line of Best Fit described as an "addictive alt-rock tonic," and "Speeding 72" showcase the band's knack for developing hooky guitar lines paired with an intricate, yet boisterous rhythm section. The album perfects a balance of heavy riffs, deep emotions, inviting sonic production, and a lighthearted, wry sense of humor, creating a singular lane for Momma in today's world of alt rock. In addition to a full US tour supporting Snail Mail and recent club dates with Wet Leg, and Greer, Momma have been featured in outlets such as DIY, NPR, Stereogum, and Rolling Stone, who featured them as 2020's "Artist You Need To Know.""One of nouveau grunge's best-kept secrets." - Guitar World Magazine"Over toppling drums and gripping guitar riffs, "Medicine" reveals that Momma have tightened their songwriting craft." - FLOOD"It's a fun juxtaposition, and a feeling many can relate to. Wanting to be around someone so much that it's a craving when they're absent is presented here without frills. It's a sound that suits Momma well." - Consequence
This website uses cookies to personalize content and analyse traffic in order to offer you a better experience.
I accept Learn More
back to top