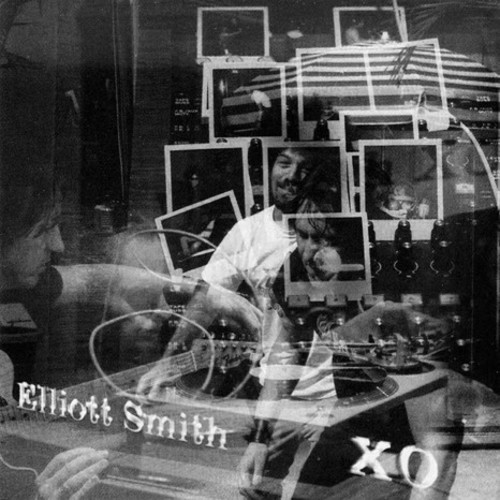 Vinyl LP pressing. XO is the fourth studio album by singer/songwriter Elliott Smith. It was recorded from 1997 to 1998 and released on August 25, 1998 by record label DreamWorks; Smith's first solo album on a major record label. Two singles, "Waltz #2 (XO)" and "Baby Britain", were released. An early working title for the album was Grand Mal. The title of the first track, "Sweet Adeline", was inspired by Smith's recollections of his grandmother singing in her glee club, Sweet Adelines International. "Amity" is believed to be named after a friend who can be seen in photographs from Smith's 1997 tour. XO was well received by critics upon it's release. Mark Richardson of Pitchfork Media wrote, "Smith's songwriting continues to improve, as each of [the album's] fourteen tracks displays his inarguable mastery of the pop song structure more clearly than ever." In it's retrospective review, BBC Music wrote, "the budget might have gone up, but Smith's masterful way with an understated melody and melancholic lyric remained firmly intact", calling XO "perhaps the greatest long-player Smith released; if not, it's certainly the equal of the preceding Either/Or. Repeat listens don't dull it in the slightest, every barbed one-liner and exhalation of despair perfectly preserved".