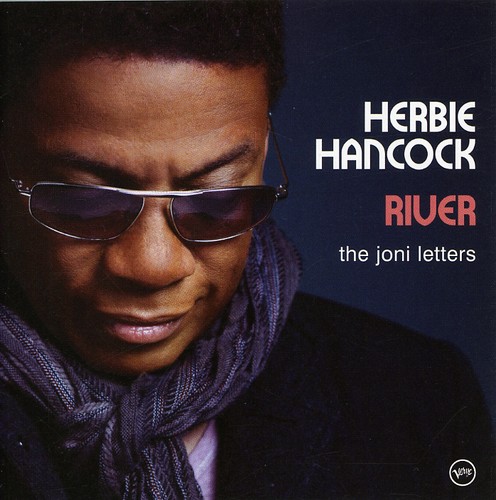 ''River: The Joni Letters'' is the 2007 album by Herbie Hancock. His 47th studio album, it was released on September 25, 2007 by Verve Records. The tribute album is an homage to Joni Mitchell, a longtime associate and friend of Hancock. Both Hancock and saxophonist Wayne Shorter previously collaborated with Mitchell on the 1979 jazz album, ''Mingus''.

The album peaked at #5 on The Billboard 200 after enjoying a huge post-Grammy sales boost, at #61 in Switzerland, #70 in France and #83 in the Netherlands. - Wikipedia

Hancock first worked with Joni Mitchell on her album Mingus in the '70s; now they've reunited to reinterpret her own songs, in addition to jazz classics like Wayne Shorter's "Nefertiti" and Duke Ellington's "Solitude," with a small group that includes Shorter on sax, Dave Holland on bass, drummer Vinnie Colaiuta and guitarist Lionel Loueke, plus vocals from Tina Turner, Norah Jones and Leonard Cohen