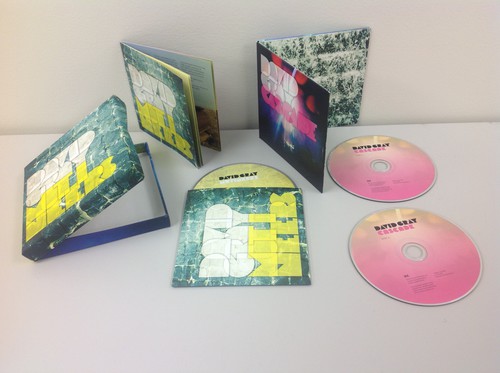 Limited deluxe three CD edition includes two bonus CDs containing 15 live tracks. This 2014 release is the 10th album from the acclaimed Irish singer/songwriter. Twenty-One years since his first studio album, "Mutineers" finds David Gray steering into unfamiliar territory while cultivating a pugnacious but respectful relationship with his own history. ''I think if you’re going forward with an open heart, good things will happen,'' says David. ''You have to sort of tear up the past and let it go.'' The only certainty that David had at the commencement of his new recording was the need to surprise himself, not just in terms of how he worked, but the ideas that drove him and the people he worked with. David’s collaborator, producer and occasional combatant during this raid on new horizons was Lamb’s Andy Barlow. "Mutineers," then, is an experiment that seems to fizz with the joy of its own assembly. The sound of a musician making a clean break and some sharp turns but also reconnecting with the freedoms of an earlier dream, a rebuke and a salutation to all that’s gone before.