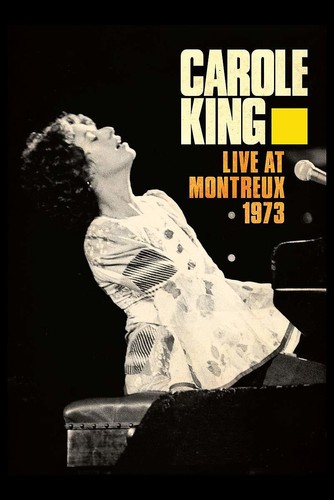 Carole King's very first performance outside of the U.S. took place in 1973, at The Montreux Pavilion as part of the world-famous Montreux Jazz Festival. Released for the very first time, this concert film was captured two years after she altered the course of pop history with 'Tapestry', and one month after she issued the album 'Fantasy'. Carole performs with heartfelt energy, playing classic hits such as "It's Too Late", "I Feel The Earth Move", "You've Got A Friend" plus standout tracks from Fantasy - "Believe in Humanity" and "CorazĂłn"- as she is backed by an ensemble of top musicians.