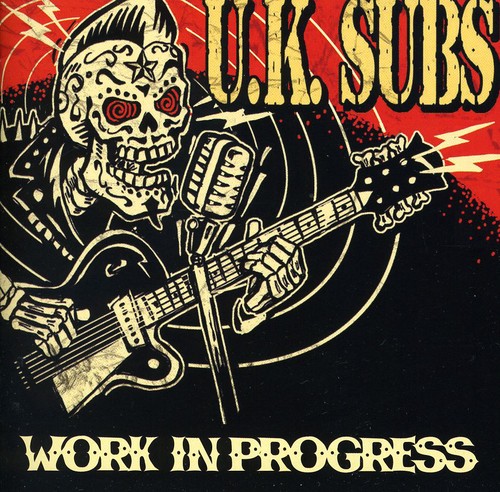 Repressing. 2011 album from the British Punk veterans. Work in Progress is their first studio album since 2002's highly successful Universal. The album features 12 new Subs songs plus a co-write with Rancid's Lars Fredericksen and a cover of the Sonics "Strychnine". Vocalist Charlie Harper was recently the feature of a two page article in Classic Rock magazine and the Subs won a poll by Big Cheese magazine as Punk's Most Important Group. Coming up to their 35th Anniversary and now onto the letter W in their attempt to release an album for every letter of the alphabet. Captain Oi.