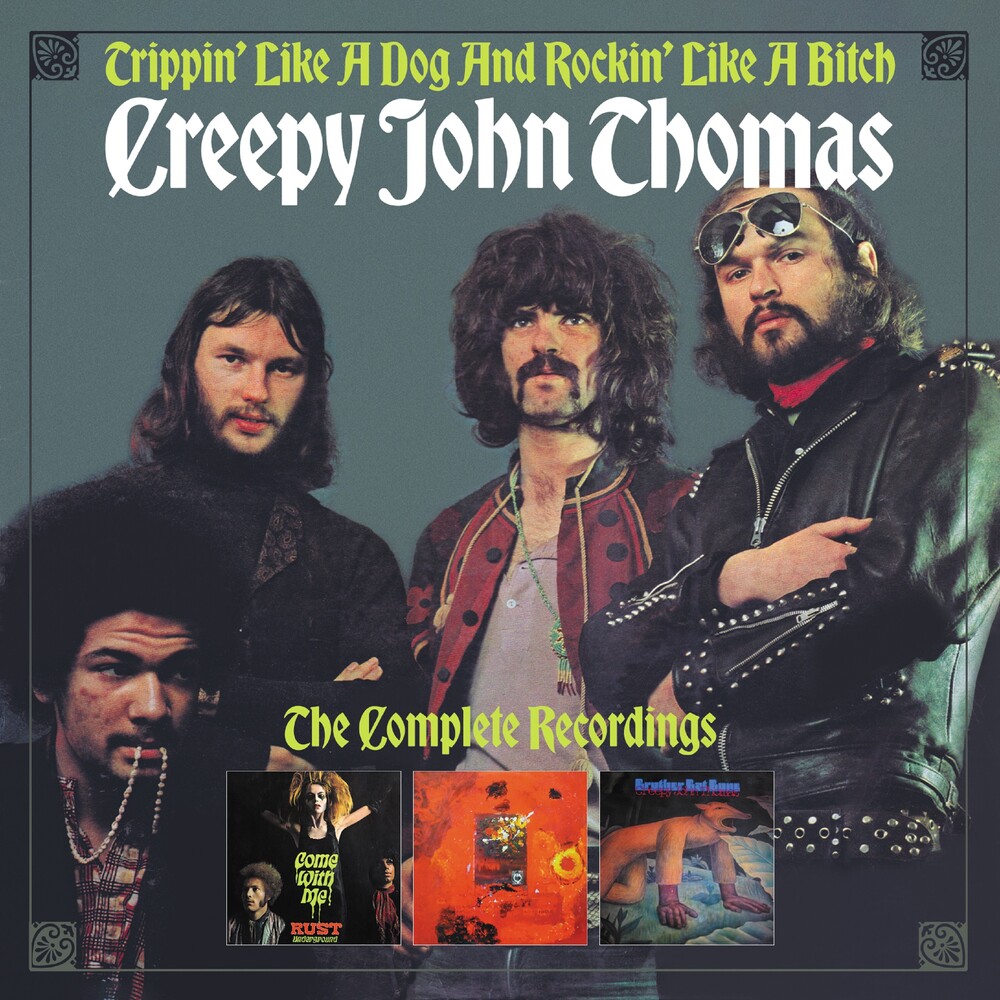 Three CDs. Having made his name as lead guitarist with mid-'60s Melbourne beat/R&B sensations The Flies, John Thomas left his native Australia in 1967 to pursue his career in Europe. Settling in Germany, he DJ'ed at a Düsseldorf psychedelic dungeon called the Creamcheese before being offered a recording contract by EMI. He then came to England to recruit a rhythm section, with whom he cut the Rust album "Come With Me", a classic 1968 set of surreal three-minute psych-pop songs only issued at the time in Germany. Rust immediately broke up, but Thomas - now adding the Creepy epithet to give his name a bit more personality - linked up with fledgling producer Conny Plank and a gaggle of session players to record "Creepy John Thomas", a set of wild, guitar-based underground blues that prominently featured their leader's gruff, Lemmy-meets-Beefheart vocals. The album was issued in both Germany and the UK, with Creepy John Thomas - by now a permanent band - relocating to London in late 1969 to promote it at venues like the Speakeasy and Wardour Street dive the Temple. A second Creepy John Thomas album, "Brother Bat Bone", was quickly recorded with Conny Plank, but the producer struggled to place it, and the album didn't limp out until late 1971, when it briefly gained a German-only release. All three albums have been the subject of lo-fi counterfeit reissues over the last few decades, but the artist-approved, digitally-enhanced anthology Trippin' Like A Dog And Rockin' Like A Bitch finally assembles those two Creepy John Thomas albums and the Rust LP under one roof. Reproduced with miniature artwork, and with a booklet that features a new 4000 word essay on the albums that includes numerous quotes from John (who went on to become a member of The Edgar Broughton Band), Trippin' Like A Dog And Rockin' Like A Bitch is the final word on a trio of essential and highly collectable late Sixties albums