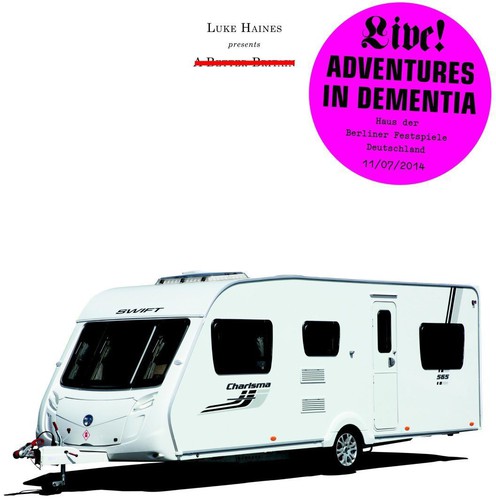 2015 release from the British singer/songwriter and former leader of the Auteurs and Baader Meinhoff. What happens when a Mark E. Smith (lead singer of the Fall) impersonator has his holiday ruined by Skrewdriver? Let Luke Haines and Scott King reveal all. Adventures in Dementia is a 'micro opera' which features a Mark E. Smith impersonator's caravan holiday getting ruined by 'Ian Stuart'. Following Rock N Roll Animals and New York in the 70s, Luke's new collaboration with artist Scott King is the first known opera to be based on a travelling Mark E. Smith impersonator. Originally performed as a live stage show in Berlin during the summer of 2014.