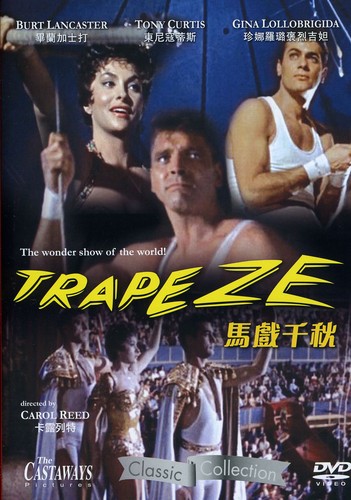 NTSC/Region 0. Tino Orsini has learned the trapeze from his father but he travels to Europe to seek out Mike Ribble, one of the few men who has managed to complete a triple somersault. Ribble no longer works the trapeze and now walks with a cane after a nasty fall left him a cripple. Orsini convinces him to act as his catcher and all is well until the gold digging Lola, who'll do just about anything to become part of a major circus act, arrives on the scene. Her presence creates friction between the two men and puts in doubt whether Tino will ever accomplish the elusive triple. Stars Burt Lancaster, Gina Lollobrigida, Tony Curtis. 1956. Castaways. Subtitles: English, Traditional Chinese, Simplified Chinese.