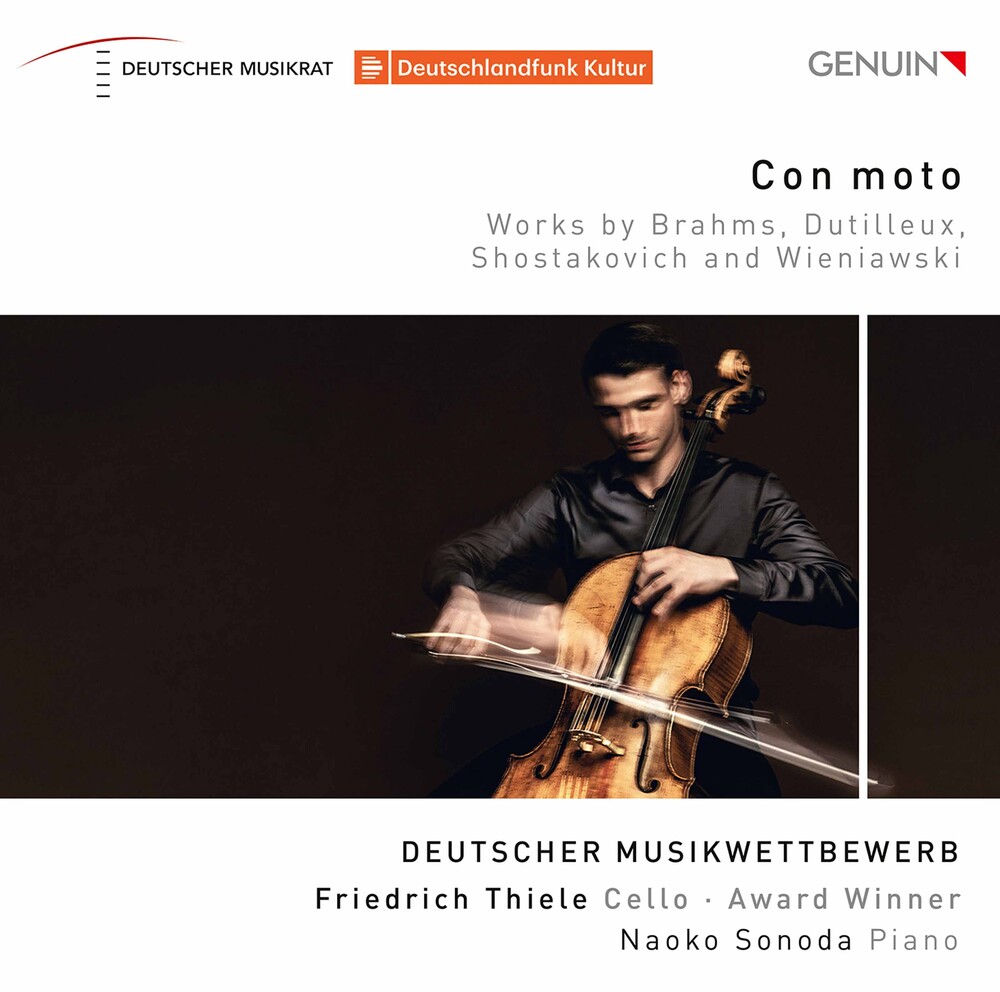 Con Moto is the GENUIN debut of cellist Friedrich Thiele, who won an almost unbelievable number of major prizes in 2019: he won the ARD Music Competition, the German Music Competition, and in Markneukirchen. On his album, which is released in cooperation with the German Music Council, the up-and-coming star presents a classical recital program. This ranges from Brahms' profound F-Major Sonata to Dutilleux' Trois Strophes and Wieniawski's virtuoso delicacy Scherzo Tarantelle, originally written for violin. One gets to know the young musician from every angle and admires his versatile tone and technical superiority.