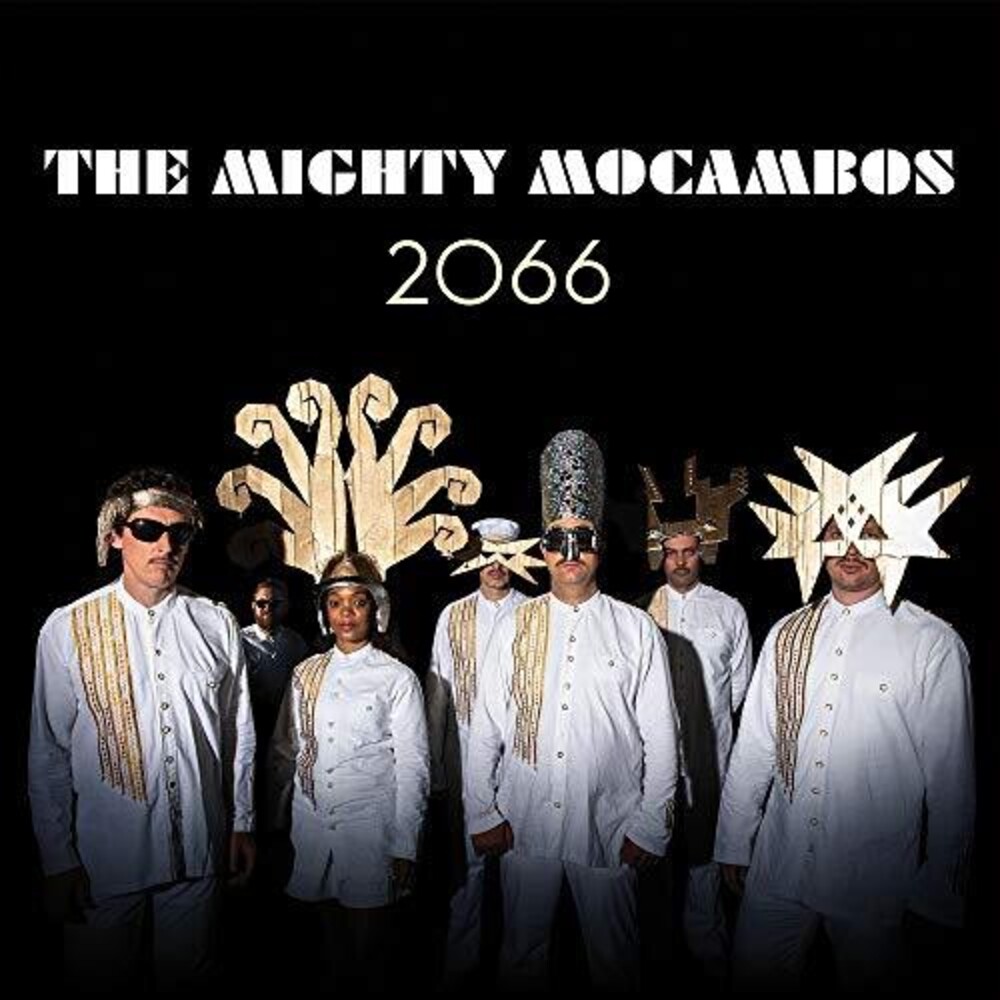 In a world awash with negativity and fear, you are invited to climb aboard the Mocambo mothership where all colours and creeds are celebrated. The Mighty Mocambos have returned - stronger, tighter and hungrier than ever. Carrying blistering funk lines in their fingers and worldly influences in their hearts, the unique and distinctive Mocambo sound is not one to be confused with retro bands trying to recapture an era. Eschewing traditional recording methods, this DIY crew are committed to driving forwards, and "2066" sees them at the height of their powers, broadcasting a call for unity. After reaching new audiences worldwide and earning critical praise for their two long players on Brooklyn's Big Crown Records in their tropical guise as Bacao Rhythm & Steel Band, the band have reassembled and refocused in their original form, the workhorses behind dozens of 45s on the Mocambo label and beyond. Crossing generations, this album introduces some of the world's youngest funk talent to step up and rub shoulders with soul and rap legends, soul sisters, an elder statesman composer/arranger and a brand new emerging artist out of New York. As with all Mocambo releases, the record has been meticulously sequenced by the band. It welcomes us aboard with joyous instrumental stomper "Preaching To The Choir", and a call to build bridges from Mocambo chanteuse and percussionist Nichola Richards, duetting with emerging rap talent, New York MC J Swiss on "Stronger". B-girls and b-boys are called to the dancefloor as "Superstrada" and "Concrete Stardust" commence, all buzzing synth lines and relentless drums. New Jersey legend and Big Crown associate Mr Lee Fields is guest of honour for "Where Do We Go From Here" before a horn workout brings us to a close with "Macumba". It's time for a breather.
back to top