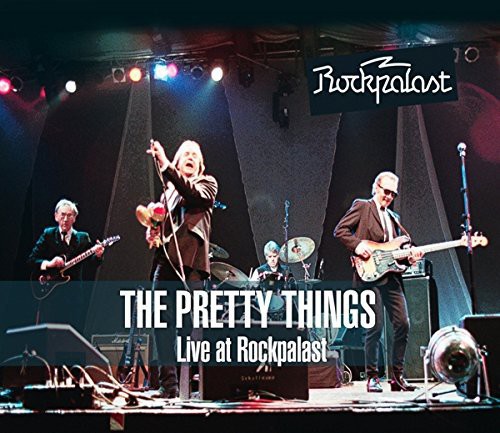 Limited three disc (two CD + NTSC/Region 0 DVD) pressing. This set features footage of the veteran British rockers culled from the 1998, 2004 and 2007 appearances on the legendary German TV series. The main feature show was a Christmas Special from the Philipshalle, DĂĽsseldorf, Germany on 19th December. It was broadcast across Germany and Europe to more than 20 million people. A long excerpt from S.F. SORROW is the highlight of this 1998 performance, which is restored and remastered for DVD and CD. Our bonus 2-shows DVD opens with the 2004 ROCKPALAST - CROSSROADS FESTIVAL set, featuring a guest appearance by Arthur Brown on a rendition of 'Hoochie Coochie Man', among many others at the Harmonie, Bonn, Germany. The 2007 show is also CROSSROADS FESTIVAL show, also from the Harmonie. It opens with 'The Beat Goes On', an autobiographical story of their rise, and ends with a lively rendition of their smash hit single 'Rosalyn'. The Pretty Things are still fronted by Dick Taylor and Phil May and continue to put on a stunning show.