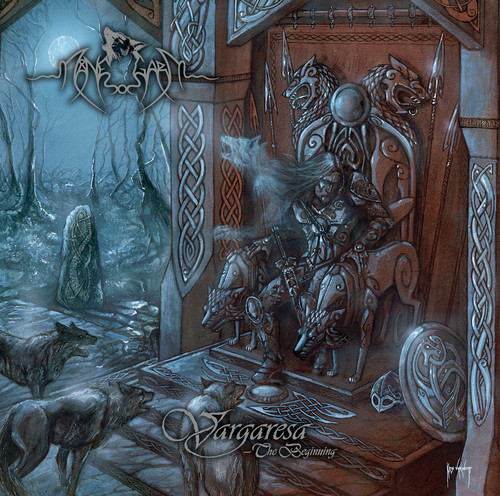 Limited bundle includes CD plus t-shirt (size: extra large). Digitally remastered edition of this 2004 release from the Swedish Viking metal band. Out of print for years, Vargaresa is a compilation album containing Vargaresa and Ur Nattvindar, which are the two early demo albums by MĂĄnegarm. This reissue includes exclusive liner-notes by the band. This release is now considered a milestone in the Viking metal genre.