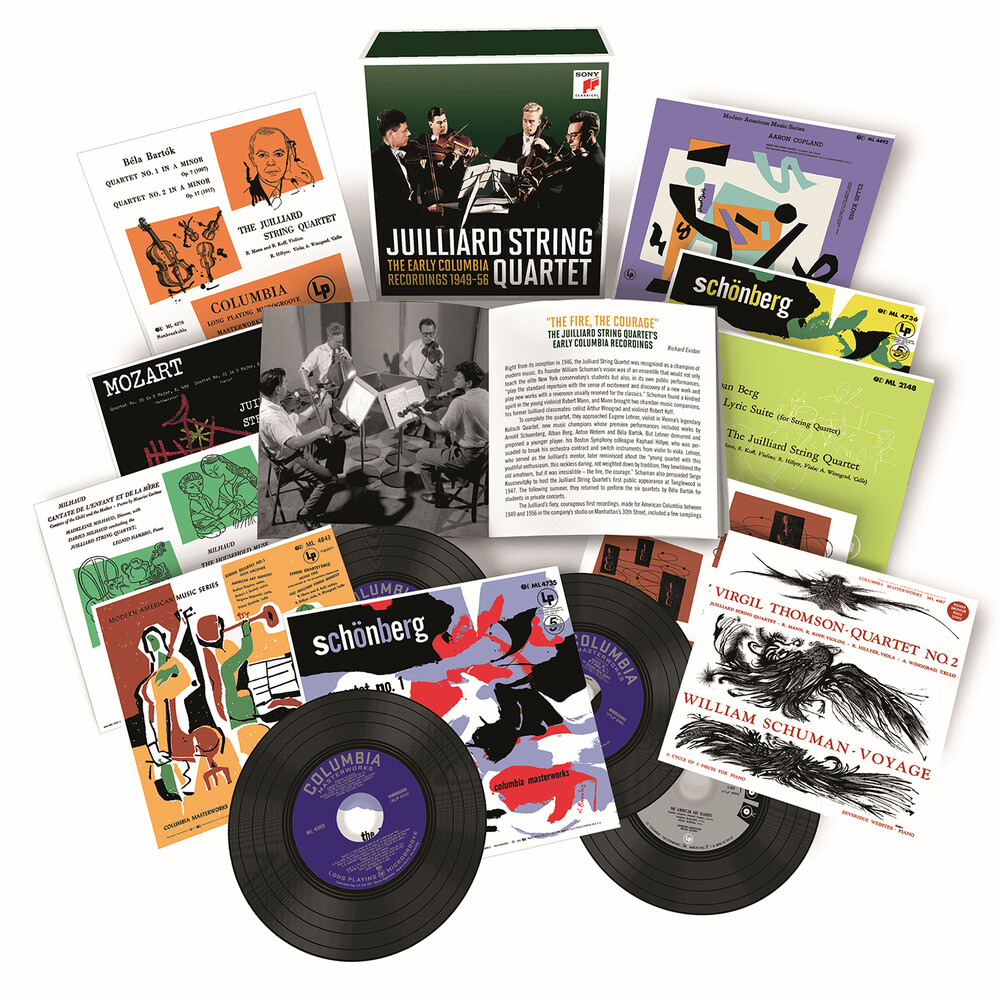 Following up it's widely acclaimed reissues of the Juilliard Quartet's complete Epic and RCA Victor albums - originally issued between 1956 and 1960 - Sony Classical is excited to present a new box set collecting the earliest albums of this august American ensemble. Made between 1949 and 1956 in Columbia's studio on Manhattan's 30th St., these landmark recordings are mostly new to album. When William Schuman founded a string quartet at New York's Juilliard School in 1946, he envisaged an ensemble not only to teach the elite New York conservatory's students but also, in it's own public performances, to "play the standard repertoire with the sense of excitement and discovery of a new work and play new works with a reverence usually reserved for the classics." From it's first appearances in New York, the Juilliard Quartet was identified as a champion of modern music. It's first recordings for American Columbia, all included here, were dedicated to the works of Alban Berg and Béla Bartók (only recently deceased), as well as to Arnold Schoenberg (still very much alive), and to active American composers including Schuman himself.