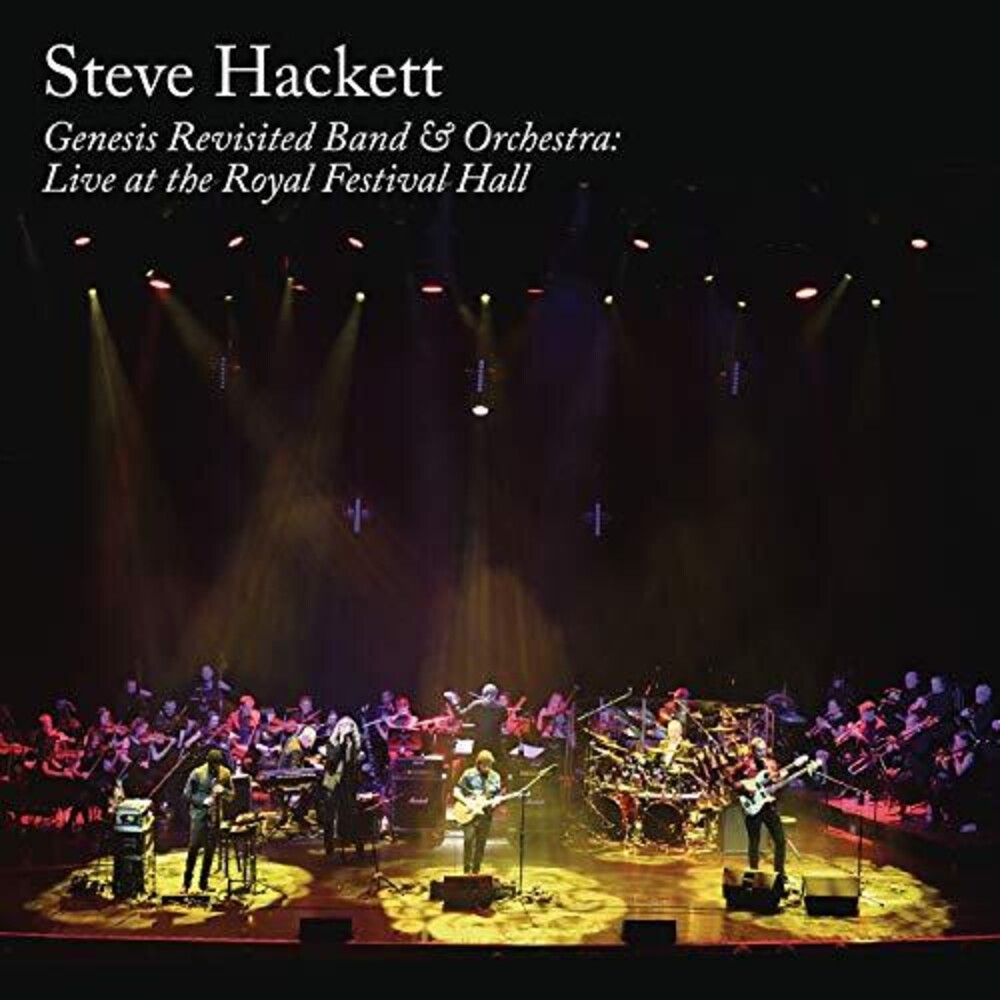 Two CDs + DVD + Blu-ray edition. The album was recorded on 5th October 2018 at The Royal Festival Hall, London, during the 2018 Genesis Revisited Tour which fulfilled a long held ambition of Steve's: to perform the music of Genesis with a live orchestra. The concert featured Steve's regular touring band of Roger King (keyboards), Gary O'Toole (drums/percussion), Rob Townsend (saxes/flutes) with Nad Sylvan on vocals and Jonas Reingold (The Flower Kings) on bass, together with special guests John Hackett and Amanda Lehmann, and augmented by the 41-piece Heart Of England Orchestra conducted by Bradley Thachuk. Steve commented - "It was a fantastic experience for both the band and myself to play alongside an orchestra and to feel the power of the sound this extraordinary combo created. It sounds equally compelling on both film and audio. I'm proud to release this exciting product."