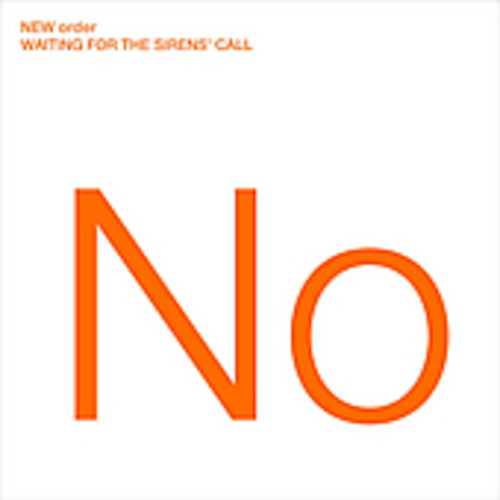 'Waiting for the Sirens Call', the hotly anticipated new album from New Order, one of music's most innovative groups, is diverse and devastating. With influences from electro and rock to dance-hall and punk, all bound together by New Order's cool romance, diamond-hard mondernity and wild, unparalleled musicality, Waiting for the Sirens Call both shakes the dance floor and rocks hard. No one else makes such pop music for clever people that hits the heart as well as the head. When up-and-coming bands cite New Order as inspiration, New Order answers the sirens call. Warner. 2005.

''Waiting for the Sirens' Call'' is a 2005 album by New Order. The album was released on 28 March 2005 in the United Kingdom and 25 April 2005 in the United States, and was preceded by the single "Krafty" in February. Two additional singles from the album have been released: "Jetstream", which features vocals by Ana Matronic from the Scissor Sisters, and the title track of the album. The album came when the band were experiencing unprecedented recognition in the media.

It is the first New Order album recorded without Gillian Gilbert who left the band in 2001 to look after her family. Her replacement, Phil Cunningham, primarily a guitarist, makes his recording and co-writing debut on this LP. He had however been playing live with the band since the ''Get Ready'' tour of 2001-2002.

This album was the first and only New Order album to have a title track. This matches their current trend of now using song titles which are in the song lyrics, a practise New Order rarely did before their 2001 album ''Get Ready''. This album is the last recorded music with bass player Peter Hook, with his departure in mid-2007. This is also their final album due to their disbandment in 2007.

The band used promotional posters for the upcoming album utilising recently developed Hypertag technology to enable fans to download free content to their mobile phones, including ringtones, wallpapers or track previews, depending on the user's phone capability. This was one of the first implementations of such technology by the music industry.

The Japanese release of this album includes several extra tracks, including a version of "Krafty" sung in Japanese. This was the first time that lead singer Bernard Sumner performed in a language other than English on record. The lyrics were written by Masafumi Gotō.

The US release of this album includes only one extra track, a remix of "Guilt Is a Useless Emotion".

The album track "Guilt Is a Useless Emotion" was nominated as one of six finalists for the Best Dance Recording award at the 2006 Grammy Awards.

"Hey Now What You Doing" has been used in an advert for the Indesit Moon.

"Krafty" is featured on the soundtrack to the SXSW Award winning Best Narrative Feature 2009 feature film ''Skills Like This'' directed by Monty Miranda. - Wikipedia