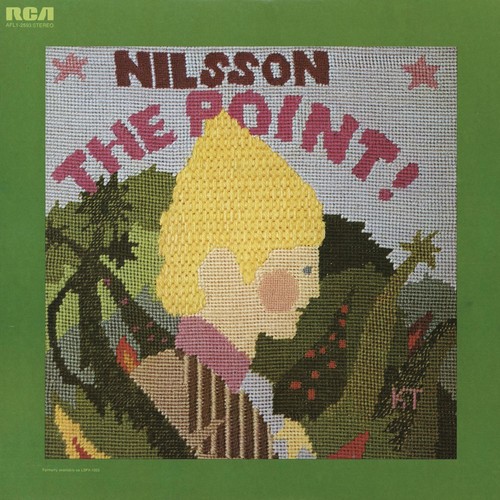 ''The Point!'' is a fable and the sixth album by American songwriter and musician Harry Nilsson about a boy named Oblio, the only round-headed person in the Pointed Village, where by law everyone and everything had to have a point.

There have been, so far, at least three different renditions of ''The Point!'', each featuring songs written by Nilsson to accompany the story. There has been an animated film, an album, and a musical play. - Wikipedia