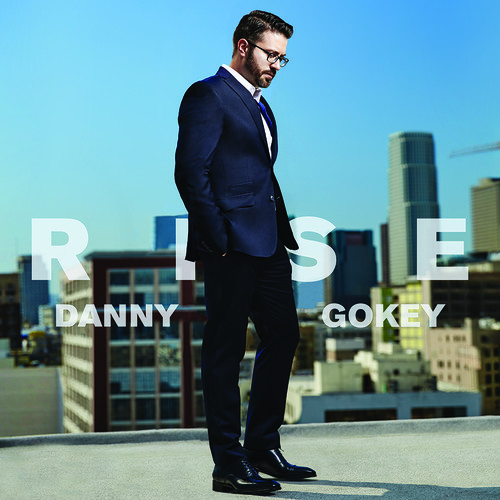 Danny Gokey became a favorite of millions as a Top 3 finalist on Season Eight of American Idol. His debut album My Best Days, hit #4 on the Billboard Top 200 Album Chart, while his 2014 release Hope In Front Of Me, took the top spot on Billboard’s Christian Album Chart. The album’s title track, as well as the follow-up single “Tell Your Heart To Beat Again” both spent multiple weeks at #1 on Billboard’s Christian Radio Chart making Danny the first male artist of the decade to have two #1 songs from their debut Christian album. Gokey also released his first holiday album, 2015’s Christmas Is Here, which debuted at #1 on the Billboard Holiday Albums Chart. Danny followed this succes with the release of a full Spanish album version of Hope In Front Of Me entitled La Esperanza Frente A Mi which debuted at #6 on the Billboard Current Latin Pop chart. Danny is also the founder of Sophia’s Heart, an organization established in 2008 in honor of his late wife. Gokey’s highly-anticipated new full-length album, Rise, is a panoply of rich musical textures, soul-invading lyrics, and inimitable powerhouse vocals, teeming with a contemporary freshness and invigorating spirit. From the empowering anthems of “Rise” (Danny’s fastest rising radio single to date), “Stronger Than We Think,” and “The Comeback,” to the soulful “What Love Can Do,” to the intimacy of “Masterpiece” and “Chasing” (featuring Jordin Sparks) to the impassioned “Better Than I Found It” (a duet with Kiki Sheard), Rise is positioned to be an album for the ages. Produced by award-winning producer Bernie Herms, along with Ben Glover, Colby Wedgeworth, Jeff Sojka, Josh Zegan and Maestro Lightford, this 12-track project releases from BMG on January 13, 2017.
This website uses cookies to personalize content and analyse traffic in order to offer you a better experience.
I accept Learn More
back to top