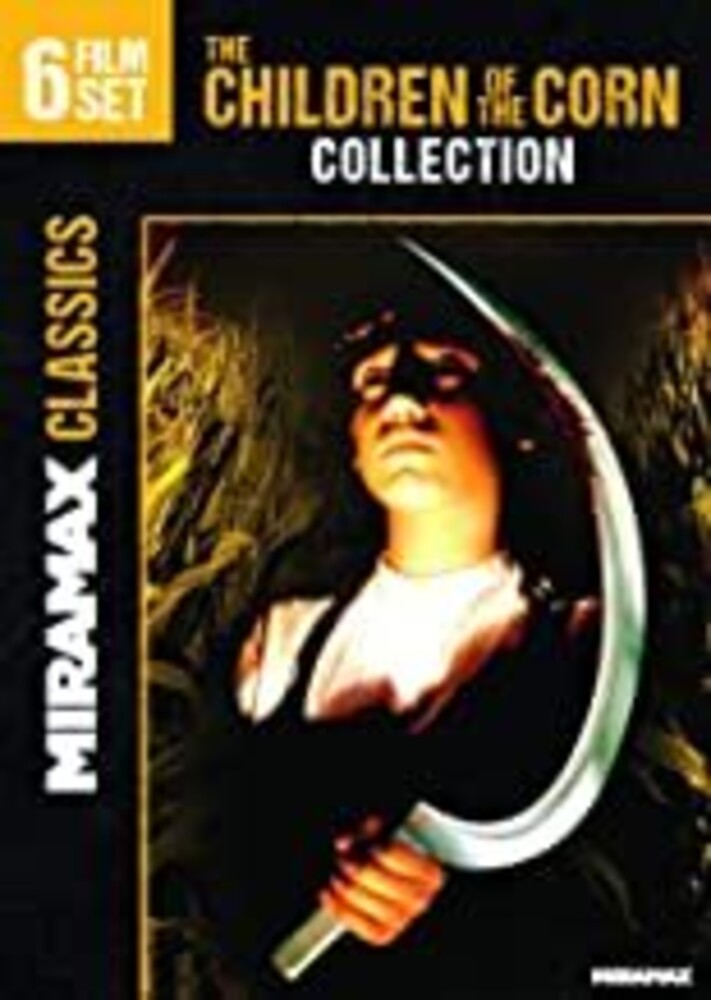 Three-disc set includes: Children Of The Corn II: The Final Sacrifice (1993)After he discovers a cellar filled with dead bodies while on assignment in Nebraska, a tabloid reporter and his young son investigate the frightening finding. Soon more corpses are found, and the two learn that local children under the influence of a demonic spirit may be responsible for the murders. This sequel to Stephen King's story stars Terence Knox, Paul Scherrer. 92 min. C/Rtg: R Children Of The Corn III: Urban Harvest (1994)Sinister second sequel to the Stephen King shocker, about two orphaned brothers-one evil, the other good-who are adopted by a childless farm couple. Soon, the evil boy uses his supernatural power to manipulate his schoolmates and destroys all adults that stand in his way. Only the good brother can stop his murderous ways. Daniel Cerny, Mari Morrow star; look for an unbilled Charlize Theron in her film debut. 90 min. C/Rtg: R Children Of The Corn IV: The Gathering (1996)The third sequel to Stephen King's story details what happens when a pretty medical student returns to her hometown and finds an evil spirit spreading terror throughout the area. Naomi Watts, William Windom and Karen Black star. 85 min. C/Rtg: R Children Of The Corn V: Fields Of Terror (1998)The corn-and the terror-is as high as an elephant's eye, as six college students' road trip takes a deadly detour and strands them in a remote rural town where the children are under the influence of a mysterious, malevolent force. Alexis Arquette, David Carradine, Stacy Galina, Fred Williamson, Eva Mendes, and Ahmet Zappa star. 84 min. C/Rtg: R Children Of The Corn 666: Isaac's Return (1999)Just when you thought it was safe to stroll through the cornfield, horror returns. A woman en route to Nebraska to find her birth mother has an encounter with a strange man, and frightening events soon follow. Little does she know that he's the top husk of the evil children of the corn! John Franklin and Stacy Keach star in this continuation of Stephen King's story. 81 min. C/Rtg: R Children Of The Corn: Revelation (2001)Two FBI agents on the trail of a serial killer head to a small town in Nebraska. Their search leads them to the root of the murderer's evil and a startling revelation of the town's children. This chilling entry in the Stephen King-inspired series features Claudette Mink, Kyle Cassie, and Michael Ironside. 82 min. C/Rtg: NR