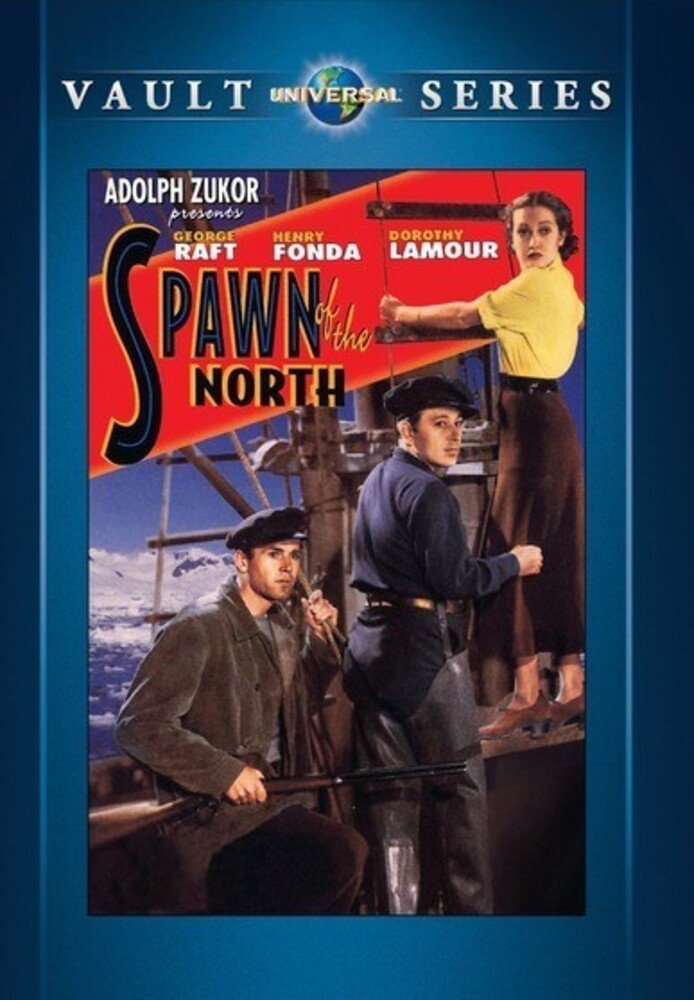 Henry Fonda, John Barrymore, George Raft and Dorothy Lamour lead an all-star cast in the sprawling epic Spawn of the North. This wild-eyed western of the North is the tale of one mans transformation from fisherman to vigilante, forced by honor to stand alone against Russian pirates. It was the early 1900s, and Alaska was proving itself to be the last of the American frontiers. Men and women of all backgrounds raced to make a better life for themselves in this virgin territory, while others strove to rob it's riches and claim it's beauty as their own. Jim Kimberley (Fonda) just wanted to make an honest living off of the rich Alaskan salmon fisheries. He was about to find out, however, that whether in friendship, love or war, frontiers are neither easily forged nor soon forgotten.