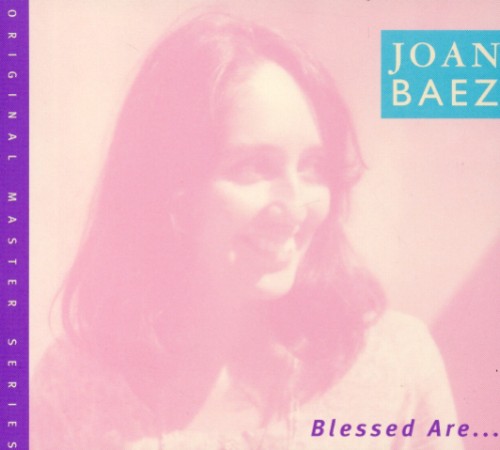 Reissue of Joan Baez's 1971 album BLESSED ARE featuring the Robbie Robertson cover tune "The Night They Drove Old Dixie Down".

''Blessed Are...'' was a 1971 album by Joan Baez, and her last with Vanguard Records. It included her hit cover of The Band's "The Night They Drove Old Dixie Down", and work by Kris Kristofferson, the Beatles, Jesse Winchester and The Rolling Stones, as well as a significant number of Baez' own compositions. Like its immediate predecessors, the album was recorded in Nashville, and had a decidedly country feel.

It also include a bonus 7" 33 1/3 rpm record which included the songs "Maria Dolores" and Woody Guthrie's "Deportee", which she dedicated to the farmers of the world, adding, "May they soon cease to be victims."