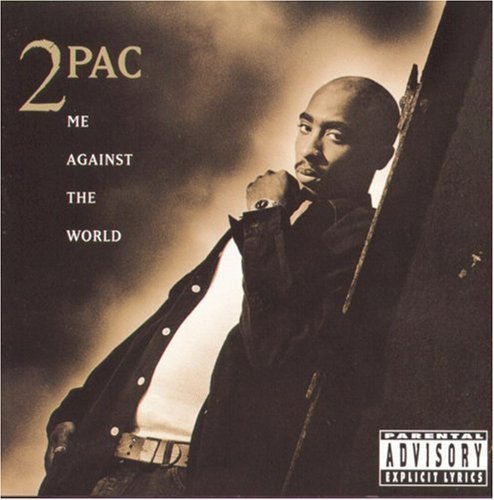 This classic album by the pioneering rapper is now available through Amaru/Jive Records. Besides the smash hit "Dear Mama," this album includes "If I Die 2Nite," "Me Against the World," "So Many Tears," "Temptations," "Heavy in the Game" (feat. Richie Rich), "Lord Knows," "It Ain't Easy," "Can You Get Away," "F*#k the World," "Outlaw" (feat. Dramacydal) and more.

''Me Against the World'' is the third studio album by American hip hop artist 2Pac, released March 14, 1995 on Jive Records through Interscope Records.

The album was recorded in a matter of weeks before the artist was to go to prison on sexual assault charges stemming from a 1993 case in which a woman accused him and two others in his entourage of sexual abuse. It was this impending prison sentence which many believe might have contributed to 2Pac's artistic re-emergence on record, as his material is believed to have become markedly more "confessional," "reflective," and "soul-baring."

''Me Against the World'', released while 2Pac was imprisoned, made an immediate impact on the charts, soaring to the number one spot upon its release, and making 2Pac the first artist to have an album debut at the top of the ''Billboard'' 200 while serving time in prison. The album was also one of 2Pac's most well received by critics and fans, with many calling it the best effort of his career, and one of the greatest hip hop albums of all-time. In the documentary Tupac: Resurection, Tupac stated that "Me Against the World" was his favorite album he made. - Wikipedia