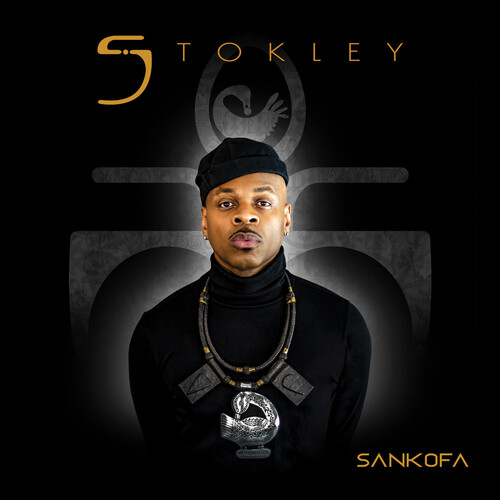 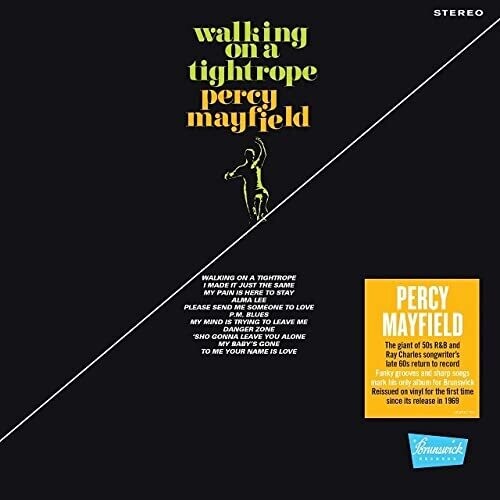 Singer and songwriter Percy Mayfield is one of the giants of 1950s R&B. He was also the favoured songwriter of Ray Charles who handed him 'Hit The Road Jack' and 'At The Club'. 'Walking on a Tightrope' is his only album for Brunswick originally released in 1969. This is the first time ever this album has been reissued. Pressed on 140g black vinyl with original artwork and printed inner sleeve. 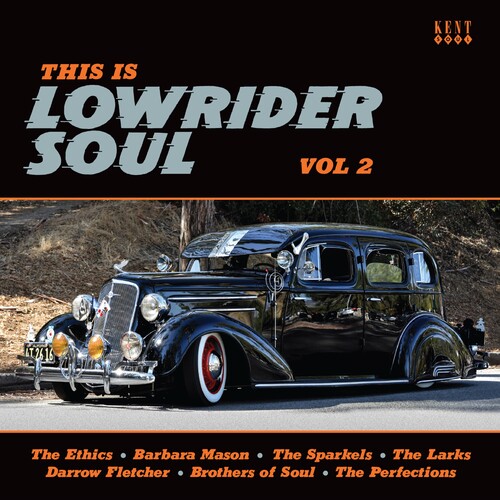 This Is Lowrider Soul Vol 2 / Various

It's been almost three years since Sean Hampsey and the Southern (California) Soul Spinners created "This Is Lowrider Soul" for Kent Records, and the ensuing acclaim and enjoyment have made this second volume essential. Only three artists are repeated, which shows the depth of the genre, and two of those - Barbara Mason with her Philly slow-burners and Lee Williams & the Cymbals' fantastic East Coast harmonies - epitomise the Lowrider soul sound between them. The Lovers are also featured again, providing sweet soul from the Pacific coast. A big talking point will be the previously unissued ballad 'Can't Nobody' from Detroit's top vocal group Brothers Of Soul, which they cut for Galaxy in 1969. That was the year in which the more obscure Mark-Keys, from the same city, offered their re-interpretation of J. T. Rhythm's 'My Sweet Baby'. Detroit also provides the Perfections' tour de force 'Don't Take Your Love From Me', a Jack Ashford gem from the previous year, and harmony was still strong in the city in 1972 when the Houston Outlaws' 'What Am I Going To Do' was released by Westbound. It failed to gain the acclaim it deserved - until now, currently one of the most sought-after and expensive Detroit sides on the Lowrider collectors' scene. Philadelphia also specialised in this sound as the 60s turned into the 70s, and the Ethics' 'Sad Sad Story' is a classic of it's kind, in a similar vein to the offerings of Little Ben & the Cheers, the Vanguards and Johnson, Hawkins, Tatum & Durr; mid-Western groups trying to capture that same soulful feeling. Though the artists on this CD are overwhelmingly male, when the girls hit it right the effect is stunning - as with the Sparkels' rarity 'Try Love (One More Time)'. Another pricey original 45 is the Hyperions' West Coast-recorded and released 'Believe In Me'. It was hardly known until the Northern Soul A-side was flipped out of curiosity. Three tracks were rescued from the tape vaults and released on Kent CDs in the late noughties. East Coast stalwart Benny Gordon's protégés the Exceptions, New York outfit the Radiations and Los Angeles' very own Magicians all deliver accomplished and ready-to-hear soul ballads. It is testament to the depth of talent in black America in the soul era, that they were deemed surplus to requirements at the time. 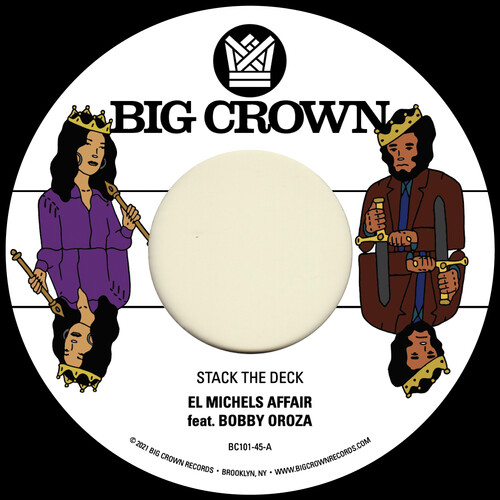 Big Crown Records is proud to present this rock solid two-sider from El Michels Affair. This 7" is part of a new Big Crown X El Oms collaboration that includes a custom deck of playing cards and a t shirt series illustrated by El Oms. The labels of this 45 are pulled from some of the King & Queen illustrations contained in the deck.To go with this project, El Michels teamed up again with Bobby Oroza for the A side tune which plays along with the collab theme called "Stack The Deck". These two proved their chemistry on 2020's "Reasons" which became a fast favorite around the globe. This time El Michels comes with a heavier more orchestrated track that Bobby finds the perfect groove on as he plays up the gamble of love.The B side is a speaker smashing cover of the late, great, Notorious B.I.G.'s "Things Done Changed" from his Ready To Die album. El Michels Affair stays close to the tone of the original Easy Mo Bee production but makes it their own with their signature horns and cinematic grit.45 and playing cards are being sold separately 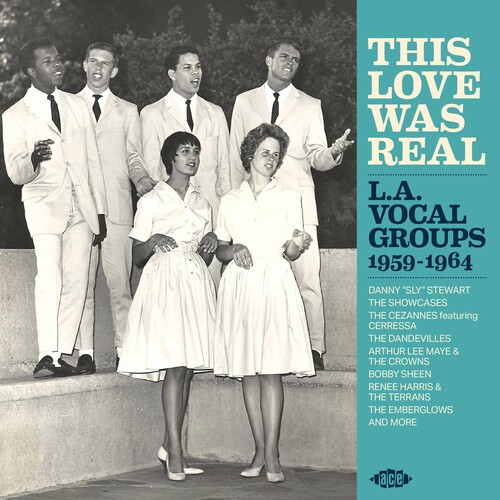 We explore the later years of Los Angeles' doo wop scene from sources that have never previously been digitalised from master tape. We have found master tapes of very rare and expensive doo wop recordings in the vaults of Doré, Era, Gary Paxton, Kent Harris and George Motola in particular. Most of these great tracks have only previously been heard on badly reproduced bootleg releases. Three tracks have never been heard before. One is a Class recording by Adolph Jacobs, of which noted LA vocal group writer Steve Propes says, "The Coasters' Billy Guy and Carl Gardner were singing with Bobby Day on Jacobs' session for Class Records", which makes it a historically important track, as well as a great record. Of similar interest to doo wop fans is an unheard number from Arthur Lee Maye - the greatest of all the singing sportsmen - from his 1958 'Pounding' Cash session, complete with vocal group. The Pharoahs' beautiful 'Here Comes The Rain' has only a basic instrumental backing, but the superb singing makes it a very worthy release. Another Gary Paxton-produced track has only been heard under the incorrect group name of the Sesames on a bootleg EP; it is actually Bobby Sheen with a group covering the Interludes' 1962 King release. Super-rarities include the Showcases' magnificent 1964 Galaxy release '(This Love) Was Real', the Heartbreakers' Markay single 'Since You've Been Gone', the Cezannes' 'Pardon Me', the Tabs' 'Never Forget' on Noble and Carlton Beck's (of the Shields) 'The Girl I Left Behind' Troy offering. Most are classic 50s ballads but there are some R&B-oriented numbers such as Kent Harris' group the Valaquans' 'Jolly Green Giant' Rayco 45, the Creators' quirky 'Drafted, Volunteered, Enlisted', released on Dootone in 1961, and the scarce and imaginative Emberglows' Doré single 'Sack And Chemise Gang Fight' - all have Coasters influences with their novelty and humour. Several of the acts would go on to record through the soul era - Dorothy Berry, Morris Chestnut (here as James Washington Lee); the Individuals' James Leon Moore went on to be a Youngheart and, of course, Danny Stewart would lead the groundbreaking Sly & The Family Stone. Sleeve notes are from Steve Propes and Alec Palao to further map this city's important musical history.

They were one of the few boy/girl duos to make an impact in the R&B, rock 'n' roll and pop markets during the rock 'n' roll era, and occupy an interesting niche in the history of the genre. This substantial and fairly comprehensive overview of their output during the primary period of the career provides an entertaining showcase for their distinctive style and talents. 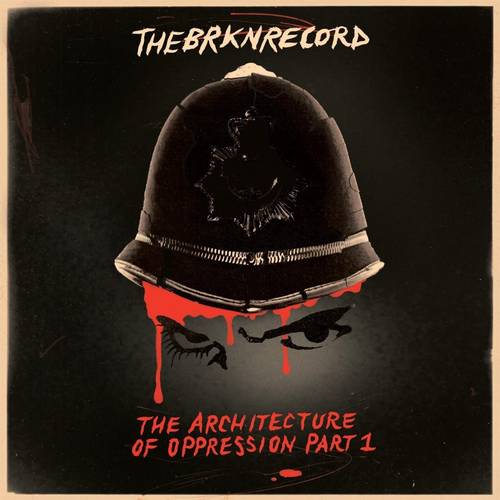 The Brkn Record is a new project led and produced by Jake Ferguson, the co-founder and bass player for the UK's foundational deep jazz outfit the Heliocentrics. With fellow Heliocentrics co-founder and legendary drummer Malcolm Catto, Ferguson has been a regular collaborator with globally recognised artists including Archie Shepp, Mulatu Astatke, Melvin Van Peebles, Orlando Julius and many others. The Architecture of Oppression Part 1 represents Ferguson's debut as a bandleader and orchestrator, and manifests as a committed and soulful response to ongoing and systemic anti-black racism, social oppression and state violence both at home in London and across the globe. Combining poetry, testimony and song with rich and cinematic backdrops, Ferguson has produced a sui generis sound that conjures flavours of Arthur Verocai, Ennio Morricone, classic library productions, Madlib-style deep-jazz beat science, and psychedelic soul. With bandmate Malcolm Catto on drums, Ferguson draws on their long years of collaborative experience in the Heliocentrics to build an album of striking texture and depth.

A Pandemic Banger from Tuxedo, the duo formed by Mayer Hawthorne and Jake One. Doin' My Best stand-along single b/w "Doin' My Best Instrumental". Limited edition 45 in a pic sleeve that was originally a Tower Records Japan exclusive. Cover by Jean Andre. TRACKLISTING: Doin' My Best Doin' My Best (Instrumental) 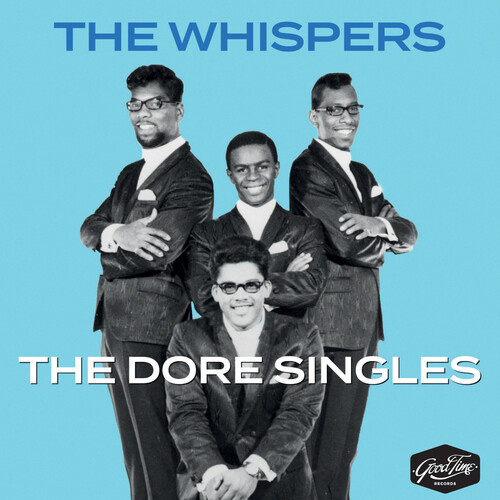 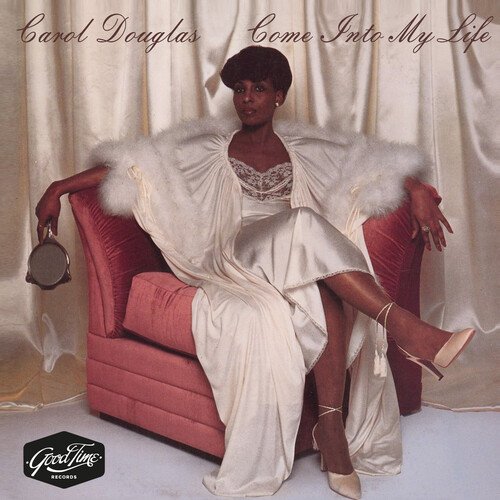 Come Into My Life (Mod) 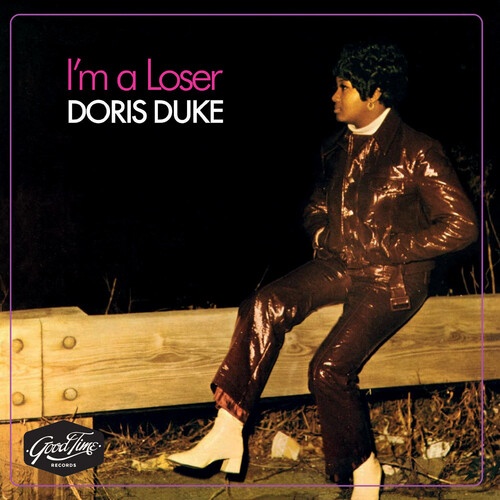 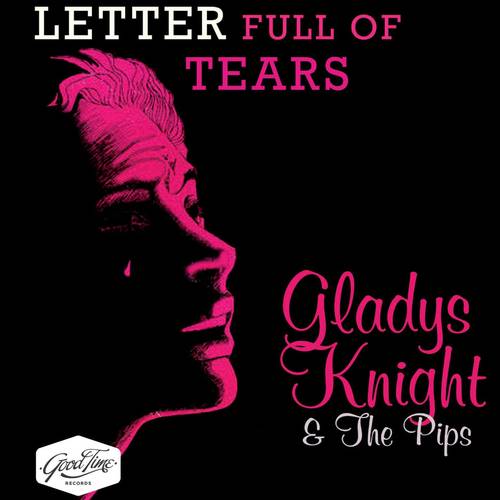 $13.98
Gladys Knight & The Pips
Letter Full Of Tears
View More Results:
This website uses cookies to personalize content and analyse traffic in order to offer you a better experience.
I accept Learn More
back to top